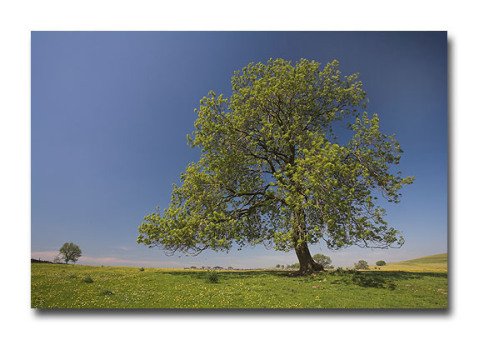 A desperate fight has begun to save a third of Britain’s trees from a killer fungus which threatens to bring devastation to the country’s forests.

Ministers introduced a ban on bringing ash trees into Britain or transporting saplings around the country Photo: ALAMY
Ministers took urgent steps to address the deadly ash dieback disease — the greatest threat to British woodland since the Dutch elm disease of the 1970s.

The disease has already devastated ash across the Continent and is now at the centre of a major alert in this country.

In a series of developments:

* Officials admitted for the first time that around 100,000 trees have been burnt in an attempt to control the disease. Until yesterday no such action had been acknowledged;

* Ministers introduced a ban on bringing ash trees into Britain or transporting saplings around the country, which comes into force on Sunday;

* A Government taskforce was launched to deal with the crisis, with more than 100 officials working full-time on it. Forestry Commission staff have been taken off normal duties to help;

* Critics began to question the speed of the official response after it emerged that the first British case was found eight months ago.

The disease has now been found throughout the UK and ministers from all three governments are now involved in the response.

Owen Paterson, the Environment Secretary, said last night: “We will be introducing a ban on imports on Monday. I have already prepared the legislation and we’re ready to go. The evidence is clearly there. It will now be illegal to bring in ash trees and move them around.

“Work is already under way to prevent the disease spreading and trade bodies have been encouraging their members to impose voluntary import bans. We are working closely with the Forestry Commission and government scientists to monitor the disease and destroy affected trees.”

Staff at the Forestry Commission and more than 100 civil servants at the Food and Environment Research Agency are being redeployed from their normal jobs to focus on the crisis.

Separately, a new tree disease taskforce has been set up. It will be led by Professor Ian Boyd, the chief scientific officer at the Department for Environment, Food and Rural Affairs.

Officials said the panel will be assembled “as quickly as possible” and will include academics, scientists and senior figures from the industry.

Timber is a £10 billion a year industry to Britain and any damage to it would concern a Government which has only just seen the economy come out of recession last week.

Dame Fiona Reynolds, the director general of the National Trust, warned an outbreak in the UK could be “very serious indeed … horrific”.

“We’re just praying that this ash dieback can be understood, and managed, quickly,” she said. “Like everyone else, we’re anxious that there should be controls to stop the spread. We had the huge, dreadful experience of Dutch elm disease 30 years ago.”

A third of all British woodland trees are of the ash family. The disease will devastate the landscape because if it spreads the trees will either die and rot or have to be destroyed, leaving huge gaps in forests and harming the wider eco-system, as they provide homes for birds, insects and mammals.

Austin Brady, head of conservation at the Woodland Trust, said ash dieback could devastate Britain’s landscape. “The woods that are of more concern are the rarer woodlands in the peak district national park where the ash is dominant,” Mr Brady. “

They are listed as some of the most important ash woods in Europe.

The National Trust said it has a conservation centre to keep samples of all our rare and important trees, under safe laboratory conditions and that it may be possible breed a disease resistant variety of ash tree.

Officials in Britain first discovered ash dieback disease – also known as Chalara fraxinea fungus CORR- during a routine inspection of imported trees at a nursery in Buckinghamshire in February.

In the following months ash saplings with the fungus were found at a further 11 nurseries, that have distributed trees to other parts of the country. Investigations are already under way at more than 1,000 sites.

The Forestry Commission said 58,000 ash trees were burned at a site in Scotland over the summer and thousands of other trees have been destroyed at other sites across the Britain. The Commission estimates that more than 100,000 trees have been burned to combat the epidemic. Until yesterday there had been no official disclosure that thousands of trees in publicly-owned forests were being destroyed.

In recent days the disease has been identified in 20-year-old trees at Woodland Trust Pound Farm in Suffolk. The infection has also been found at Norfolk Wildlife Trust’s Lower Wood reserve, Ashwellthorpe.

This would suggest that the disease may already be present in the UK and could have been carried by the wind from mainland Europe. The Forestry Commission yesterday confirmed that it was investigating this possibility.

Dr Joan Webber, principal pathologist at the Forestry Commission said: “Most of the initial suspect areas were related to planting of trees from nurseries, but some of the more recent cases identified in East Anglia are in more mature trees.

“We are quite sure that those trees have not been infected for 20 or so years. We think they have been infected more recently. One of the possibilities is that spores were carried by the wind.”

Experts will now be trying to map air flows to investigate what course the disease may take if can be spread by the wind. Similar techniques were used to monitor the Schmallenberg lamb disease, which entered Britain earlier this year and was also carried by the wind.

Scientists remains unsure exactly how Chalara fraxinea is spread and there is no known cure.

First found in Poland 20 years ago, the fungus has gradually spread across Europe, reaching Denmark in 2002. Between 90 and 95 per cent of Danish ash trees have been destroyed by the condition, which causes large areas of bark and leaves to blacken, wither and die.

There were growing fears this weekend that the imports ban will fail to stop the spread of Chalara fraxinea.

Although the first discovery was made in February, it was not until August 31 that the Defra launched a consultation with the forestry industry and scientists to find out how to deal with the disease, which threatens Britain’s 80 million ash trees.

Defra said that it could not introduce an imports ban until it had run a consultation with scientists and businesses that import trees.

A spokesman for the department said that it was not worthwhile launching the consultation back in February, because few ash trees are imported over the summer. The vast majority of imports of these ash saplings take place between November and February, she said.

How the crisis has grown

2005: Disease found to be widespread among ash trees in Denmark

June 26, 2012: Newly-planted ash trees in Leicester found to be diseased, 500 are destroyed

July 2012: Infection discovered at a Forestry Commission Scotland woodland at Knockmountain, Renfrewshire. All 58,000 trees are felled

September: Additional case of disease reported at a nursery in Cambridgeshire

The US and China ratify Paris climate Agreement