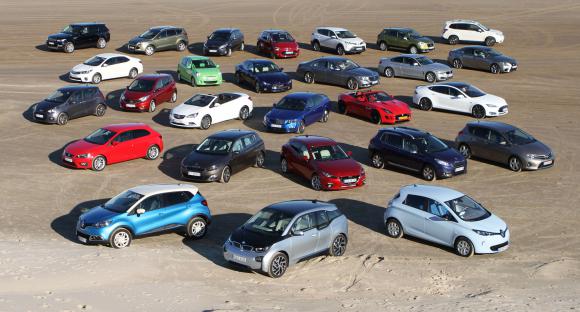 From the Economist Jan 25th 2014. How much is linked to PPI payouts? Could be an interesting correlation. 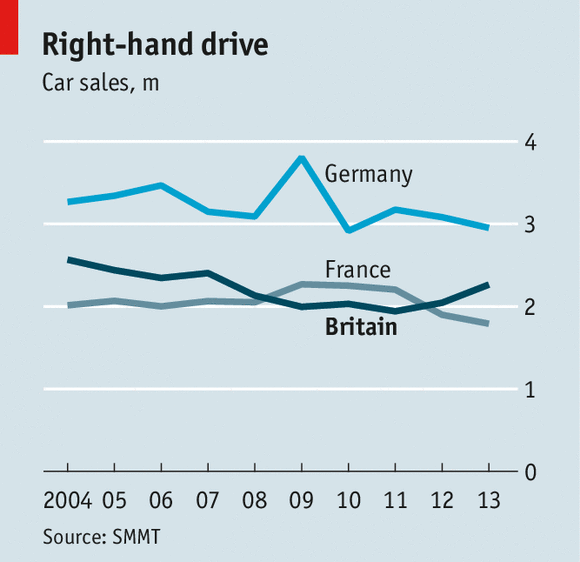 About half of new cars are sold to individuals—the rest are fleet sales to businesses—and the former are driving the increase. Growing consumer confidence is one explanation. Yet sales have risen every month for close to two years, through bad economic weather and good. Britain is unusual. Germany’s solid economy did not prevent a 4.2% slide in car sales between 2012 and 2013 (see chart).

As important as the perennial desire to get behind the wheel of a new car is the way sales are financed these days. Fully 64% of new cars are now bought using a personal contract plan (PCP), up from 53% in 2009, according to Paul Harrison of the Finance Leasing Association, a trade body. PCPs, first introduced over a decade ago, finance the purchase of a quarter of used cars too. They require a deposit of around a third of the value of the car and, typically, three years of monthly payments. At the end of that period, drivers are presented with a choice between handing the car back or making a final “balloon” payment to own it outright. Old-fashioned hire purchase (HP) deals, by contrast, end with the car owned by its driver.

Lessors guarantee the minimum final value at the start of the contract. The lenders are often the big carmakers, which were forced to plug the financing gap when banks and other lenders deserted the market after the financial crisis. Paying off a much smaller sum than with HP on the same car makes monthly repayments a lot cheaper. Strangely, past financial misdeeds are making the market frothier. Jonathan Visscher of the Society of Motor Manufacturers and Traders (SMMT) says that dealers frequently report that customers are putting down deposits using compensation payments for mis-sold payment-protection insurance.

It all looks like a canny bit of wheeler-dealing by carmakers. Owners generally stick with brand new cars for around four years, according to the SMMT. The taste for PCPs is pulling the average down to closer to three years. At the end of that period most drivers hand their cars back and get into a new one courtesy of another PCP. But this could lead to a nasty crash in a year or two as a wave of used cars hits the market, crushing the secondhand values that lenders rely on to make the deals work. If that comes to pass, PCPs will look like yet another financial innovation that has run out of road.