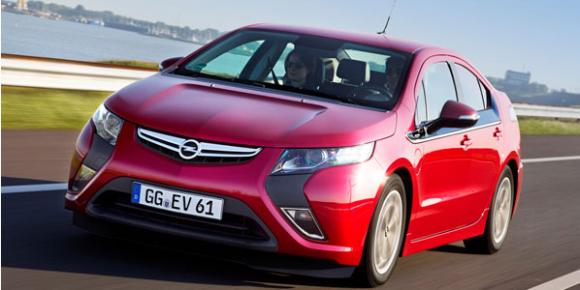 WHICH source of renewable energy is most important to the European Union? Solar power, perhaps? (Europe has three-quarters of the world’s total installed capacity of solar photovoltaic energy.) Or wind? (Germany trebled its wind-power capacity in the past decade.) The answer is neither. By far the largest so-called renewable fuel used in Europe is wood.

In its various forms, from sticks to pellets to sawdust, wood (or to use its fashionable name, biomass) accounts for about half of Europe’s renewable-energy consumption. In some countries, such as Poland and Finland, wood meets more than 80% of renewable-energy demand. Even in Germany, home of the Energiewende (energy transformation) which has poured huge subsidies into wind and solar power, 38% of non-fossil fuel consumption comes from the stuff. After years in which European governments have boasted about their high-tech, low-carbon energy revolution, the main beneficiary seems to be the favoured fuel of pre-industrial societies.

The idea that wood is low in carbon sounds bizarre. But the original argument for including it in the EU’s list of renewable-energy supplies was respectable. If wood used in a power station comes from properly managed forests, then the carbon that billows out of the chimney can be offset by the carbon that is captured and stored in newly planted trees. Wood can be carbon-neutral. Whether it actually turns out to be is a different matter. But once the decision had been taken to call it a renewable, its usage soared.

In the electricity sector, wood has various advantages. Planting fields of windmills is expensive but power stations can be adapted to burn a mixture of 90% coal and 10% wood (called co-firing) with little new investment. Unlike new solar or wind farms, power stations are already linked to the grid. Moreover, wood energy is not intermittent as is that produced from the sun and the wind: it does not require backup power at night, or on calm days. And because wood can be used in coal-fired power stations that might otherwise have been shut down under new environmental standards, it is extremely popular with power companies.

The upshot was that an alliance quickly formed to back public subsidies for biomass. It yoked together greens, who thought wood was carbon-neutral; utilities, which saw co-firing as a cheap way of saving their coal plants; and governments, which saw wood as the only way to meet their renewable-energy targets. The EU wants to get 20% of its energy from renewable sources by 2020; it would miss this target by a country mile if it relied on solar and wind alone.

The scramble to meet that 2020 target is creating a new sort of energy business. In the past, electricity from wood was a small-scale waste-recycling operation: Scandinavian pulp and paper mills would have a power station nearby which burned branches and sawdust. Later came co-firing, a marginal change. But in 2011 RWE, a large German utility, converted its Tilbury B power station in eastern England to run entirely on wood pellets (a common form of wood for burning industrially). It promptly caught fire.

Undeterred, Drax, also in Britain and one of Europe’s largest coal-fired power stations, said it would convert three of its six boilers to burn wood. When up and running in 2016 they will generate 12.5 terawatt hours of electricity a year. This energy will get a subsidy, called a renewable obligation certificate, worth £45 ($68) a megawatt hour (MWh), paid on top of the market price for electricity. At current prices, calculates Roland Vetter, the chief analyst at CF Partners, Europe’s largest carbon-trading firm, Drax could be getting £550m a year in subsidies for biomass after 2016—more than its 2012 pretax profit of £190m.

With incentives like these, European firms are scouring the Earth for wood. Europe consumed 13m tonnes of wood pellets in 2012, according to International Wood Markets Group, a Canadian company. On current trends, European demand will rise to 25m-30m a year by 2020.

Europe does not produce enough timber to meet that extra demand. So a hefty chunk of it will come from imports. Imports of wood pellets into the EU rose by 50% in 2010 alone and global trade in them (influenced by Chinese as well as EU demand) could rise five- or sixfold from 10m-12m tonnes a year to 60m tonnes by 2020, reckons the European Pellet Council. Much of that will come from a new wood-exporting business that is booming in western Canada and the American south. Gordon Murray, executive director of the Wood Pellet Association of Canada, calls it “an industry invented from nothing”.

Prices are going through the roof. Wood is not a commodity and there is no single price. But an index of wood-pellet prices published by Argus Biomass Markets rose from €116 ($152) a tonne in August 2010 to €129 a tonne at the end of 2012. Prices for hardwood from western Canada have risen by about 60% since the end of 2011.

This is putting pressure on companies that use wood as an input. About 20 large saw mills making particle board for the construction industry have closed in Europe during the past five years, says Petteri Pihlajamaki of Poyry, a Finnish consultancy (though the EU’s building bust is also to blame). Higher wood prices are hurting pulp and paper companies, which are in bad shape anyway: the production of paper and board in Europe remains almost 10% below its 2007 peak. In Britain, furniture-makers complain that competition from energy producers “will lead to the collapse of the mainstream British furniture-manufacturing base, unless the subsidies are significantly reduced or removed”.

But if subsidising biomass energy were an efficient way to cut carbon emissions, perhaps this collateral damage might be written off as an unfortunate consequence of a policy that was beneficial overall. So is it efficient? No.

Wood produces carbon twice over: once in the power station, once in the supply chain. The process of making pellets out of wood involves grinding it up, turning it into a dough and putting it under pressure. That, plus the shipping, requires energy and produces carbon: 200kg of CO2 for the amount of wood needed to provide 1MWh of electricity.

This decreases the amount of carbon saved by switching to wood, thus increasing the price of the savings. Given the subsidy of £45 per MWh, says Mr Vetter, it costs £225 to save one tonne of CO2 by switching from gas to wood. And that assumes the rest of the process (in the power station) is carbon neutral. It probably isn’t.

A fuel and your money

Over the past few years, scientists have concluded that the original idea—carbon in managed forests offsets carbon in power stations—was an oversimplification. In reality, carbon neutrality depends on the type of forest used, how fast the trees grow, whether you use woodchips or whole trees and so on. As another bit of the EU, the European Environment Agency, said in 2011, the assumption “that biomass combustion would be inherently carbon neutral…is not correct…as it ignores the fact that using land to produce plants for energy typically means that this land is not producing plants for other purposes, including carbon otherwise sequestered.”

Tim Searchinger of Princeton University calculates that if whole trees are used to produce energy, as they sometimes are, they increase carbon emissions compared with coal (the dirtiest fuel) by 79% over 20 years and 49% over 40 years; there is no carbon reduction until 100 years have passed, when the replacement trees have grown up. But as Tom Brookes of the European Climate Foundation points out, “we’re trying to cut carbon now; not in 100 years’ time.”

In short, the EU has created a subsidy which costs a packet, probably does not reduce carbon emissions, does not encourage new energy technologies—and is set to grow like aleylandii hedge.

Tesla and Panasonic to Collaborate on Photovoltaic Cell Production 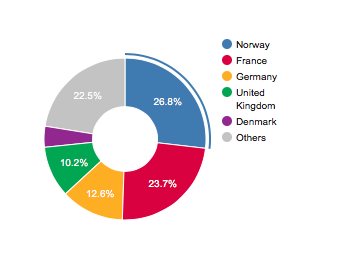