Nissan has confirmed it will build both the new Qashqai and the X-Trail SUV at its Sunderland plant thanks to government “support and assurances”.

The Japanese company’s commitment to Britain’s biggest car plant had been in doubt following the EU referendum. 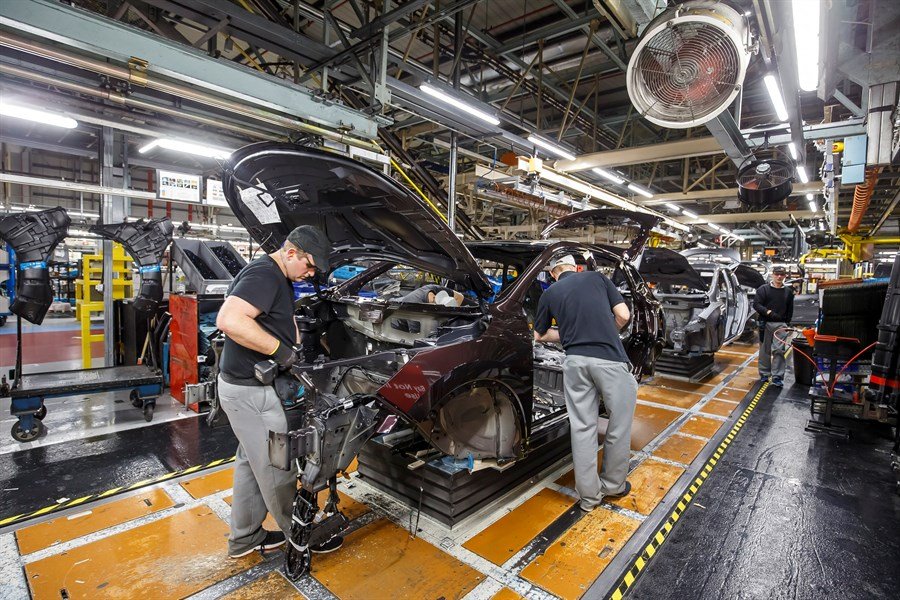 Nissan’s decision is the first major development for the car industry since the Brexit vote and secures 7,000 jobs.

A Nissan spokesman said making the X-Trail at Sunderland could lead to hundreds of new jobs being created in the coming years.

Carlos Ghosn, Nissan chief executive, said he welcomed Prime Minister Theresa May’s “commitment to the automotive industry in Britain”. Only last month, he warned that Nissan might not invest in the Sunderland plant unless the government guaranteed compensation for costs related to any new trade tariffs resulting from Brexit. So it looks like his thinly veiled threat paid off.

The decision to build the new model at Britain’s largest car plant, rather than elsewhere in Europe, was won with what a source described as a package of support pledged by May’s government to counter any damage from leaving the EU.

“This vote of confidence (or bribery – ED) shows Britain is open for business and that we remain an outward-looking, world-leading nation,” May said in a statement.

Britain’s big carmakers are nearly all foreign-owned and ship more than half of their exports to the other 27 countries in the European Union.

They had collectively warned that the June vote would make Britain a less-attractive destination for foreign investment, and Nissan in particular had threatened to halt spending unless the government guaranteed it would be protected.

Sunderland, in the north-east of England, built almost one in three of Britain’s cars last year. The decision over the new model was crucial to the fate of its 7,000 workers.

Chief Executive Carlos Ghosn, who met May earlier this month, said the British government had promised to ensure the competitiveness of the plant, convincing the firm to build the next version of the Qashqai there and also start production of a new SUV, the X-Trail.

I am pleased to announce that Nissan will continue to invest in Sunderland. Our employees there continue to make the plant a globally competitive powerhouse, producing high-quality, high-value products every day,” said Carlos Ghosn, Chairman and CEO of Nissan. “The support and assurances of the U.K. government enabled us to decide that the next-generation Qashqai and X-Trail will be produced at Sunderland. I welcome British Prime Minister Theresa May’s commitment to the automotive industry in Britain and to the development of an overall industrial strategy.  Ghosn said.

Japan’s Nissan is part of an alliance with French carmaker Renault, its largest shareholder. Ghosn runs both companies.

We don’t know the details of the “support and assurance” that Nissan extracted from the UK government. But it was clearly enough to secure a commitment from Nissan to build not one, but two new cars at the Sunderland plant.

The promise to shield Nissan from the impact of Brexit will not be lost on rival manufacturers, both those already in the UK as well as those that might be tempted to come.

Will other carmakers with big investment decisions to make now favour Britain? It’s possible – but now only after securing a few government guarantees.

The UK car industry has been vocal in warning about the impact of an exit from the single market.

Although the cheaper pound makes their exports more attractive, a hard Brexit and the prospect of trade tariffs will add to their costs.

It seems likely that the government has now promised some sort of financial support to cushion Nissan against such an impact. That will be controversial, of course. But once outside the EU, it won’t necessarily be illegal.

EVinfo selected as one of top 10 Electric Vehicle Blog