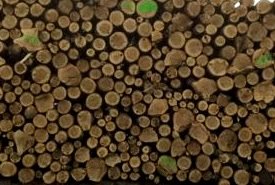 The Economist has just published a detailed report on the state of the European Biomass industry. It starts with a look at Drax power station as they implement a Biomass powered boiler that will consume 6,000 KM2 of forest per year. Unlike wind and solar generators, biomass burners must buy fuel. This is already putting pressure on prices for other wood users, such as builders, cabinet-makers and, we should admit, magazines that are still printed on paper. It also increases reliance on imports—one of the things that renewables are often claimed to reduce. Worse, biomass-burning is nothing like as good a climate hedge as people tend to think.

The wood for the trees

The underlying problem is the reverence accorded to renewable energy itself. Greens like it for various reasons: independence from fluctuating fuel prices, rural employment, sustainability, as well as low carbon emissions. But as the sorry state of biomass shows, not all renewable-energy technologies are good at achieving all those aims. Nor are all those aims worth spending scarce public money on. And those that are will often be amenable to more efficient support than is provided by broad, market-distorting subsidies.

Moving to an ever-lower-carbon economy at a deliberate pace is a good idea. The best way to do it is to set a carbon tax and let the market decide the cheapest, cleanest answer while researching future alternatives. Some renewable technologies would play a big role in that. But those who pursue renewable energy as an end in itself fail to see the wood for the trees.

Read more at the Economist.