Interesting report from Reuters showcases what we have been saying for some time.

The  transition to electric mobility will put 75,000 engine and gearbox manufacturing jobs at risk, according to a study commissioned by German automakers and trade unions.

The auto industry accounts for 840,000 jobs in Germany, of which 210,000 have to do with powertrain production, according to the Fraunhofer Institute of Industrial Engineering, which conducted the study.

The shift to EVs will create some new jobs producing vehicle electronics and batteries, but it is expected to mean less work for assembly workers.

Volkswagen’s top labour representative Bernd Osterloh said electric car powertrains have only a sixth of the components when compared to combustion-engined variants, which means electric cars can be assembled more quickly. 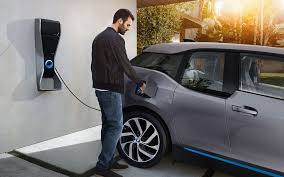 A battery factory requires only a fifth of the workforce when compared with an engine plant, Osterloh said.

Assuming that, by 2030, 25 percent of cars are electric, and 15 percent hybrids, up to 75,000 jobs will be at risk, says IG Metall. “Politicians and industry need to develop strategies now to manage this transformation,” said IG Metall’s chief, Joerg Hofmann.

Companies need to embark on major job retraining schemes, and politicians need to come up with a comprehensive industrial and employment policy, Hofmann said.

Observers may be surprised at the constructive, reality-based tone of the union’s statement, which reflects the comparatively cooperative relationship between unions and employers in Germany. IG Metall is not calling for the government to subsidize older technologies, or to roll back regulations designed to encourage the new ones.