Electric vehicles have made their mark on drag racing with the motor offering instant torque at standstill, giving electric cars a definite advantage on the first few meters.

Its latest Model 3 Performance has competed against many sports cars and very often won the confrontation. Today, its new challenger is an old acquaintance, the new generation Porsche 911 in Carrera S version. Our friends at Carwow pits the iconic flat-six against the Tesla.

The Model 3 has two electric motors, one on each axle. Both motors produce 490 hp and 660 Nm of torque and no pesky gearbox. With all the batteries it is a heavy car and weighs 1,847 kg and accelerates from 0 to 60 mph in just 3.2 seconds. 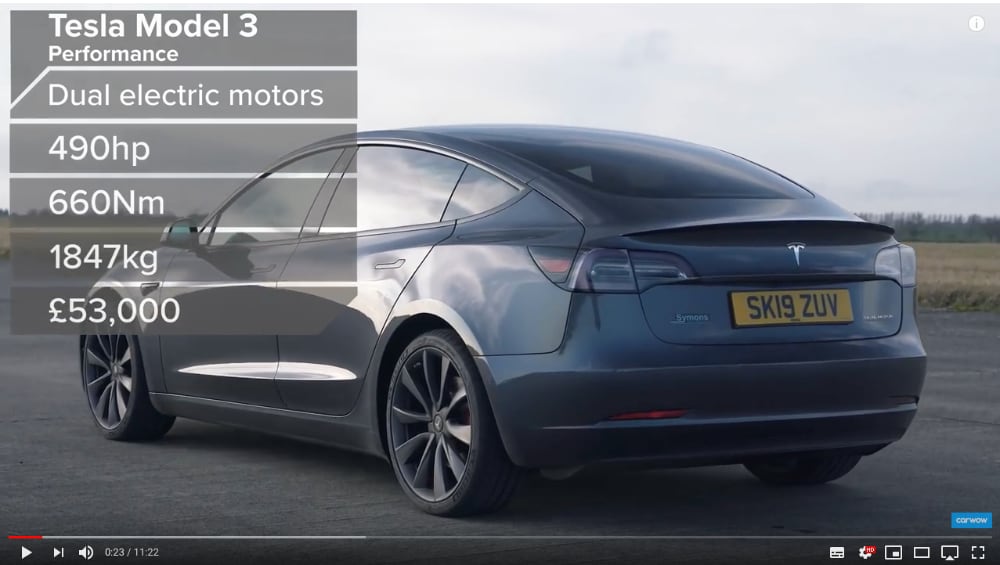 On the other side, we have a legend, the Porsche 911 Carrera S. Under its rear hood is a 3.0-litre flat six producing 450 hp and 530 Nm of torque. All this is sent to the rear wheels alone via an 8-speed automatic PDK dual-clutch transmission. The Porsche is significantly lighter with a mass of 1,590 kg, allowing it to go from 0 to 60 mph in 3.5 seconds.

So, which one will win the three traditional tests, namely the drag race, the rolling race and the braking test?