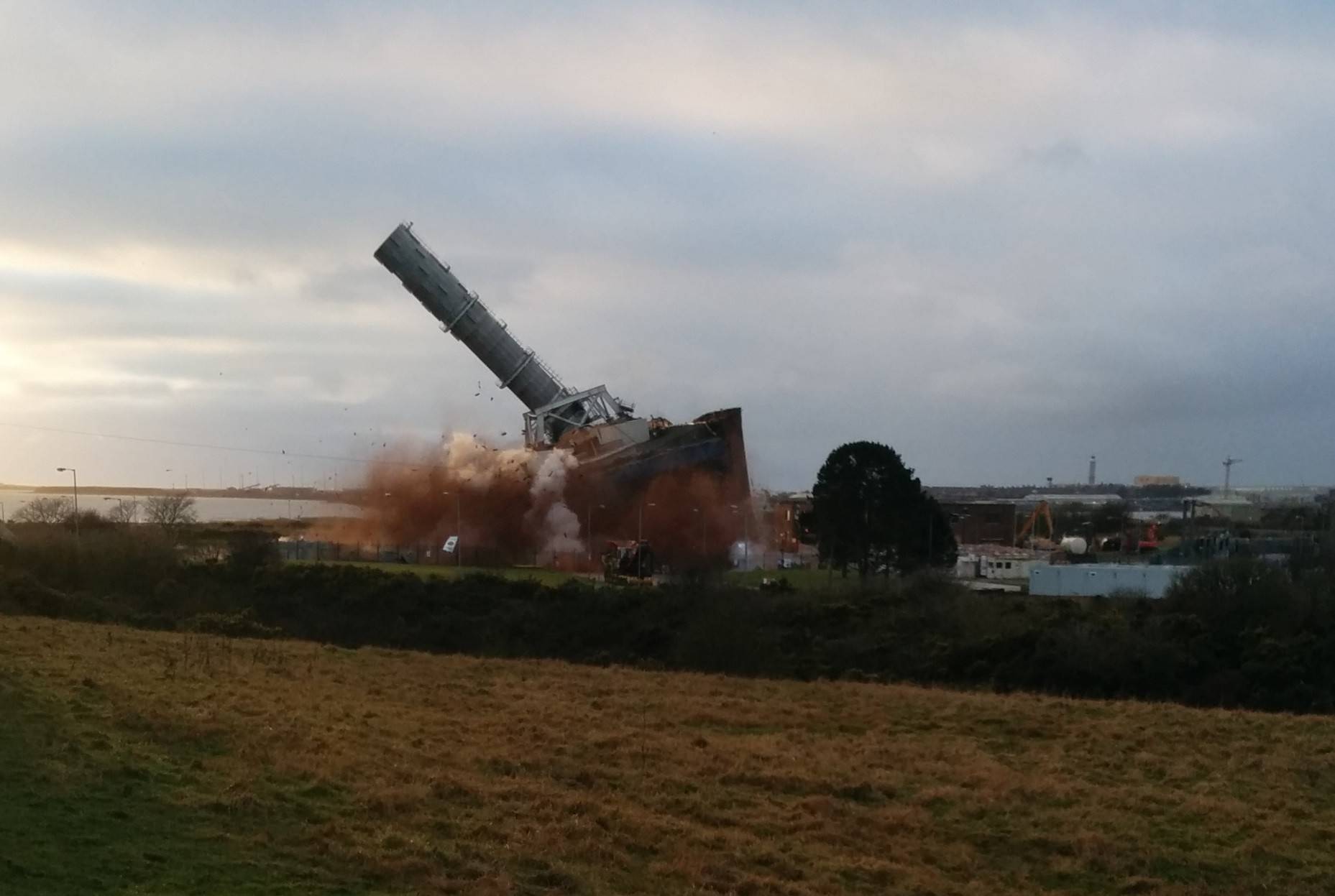 The old 120MW  Britich Gas Roosecote power station in Barrow began producing electricity from coal over 60 years ago. Decades later the plant was replaced with a gas-fired version in the Nineties.

Soon Roosecote’s latest incarnation will mark far more than a shift in technology, as it ushers in a radical change of approach.

The project is as simple as it is groundbreaking. Energy giant Centrica will build one of the world’s largest energy storage depot, housing rows of hundreds of batteries.

The facility, which will be one of the largest in the world, has been designed to help keep the local distribution network stable by either absorbing power from the system (charging the batteries) or supplying it to the grid (discharging the batteries). Once complete, it will be capable of responding to fluctuations in demand in under a second, holding enough power to meet the needs of around 50,000 homes – more than all the homes in Barrow combined.

I’m absolutely delighted to be in a position to start breathing life back into the old Roosecote site. This is a great opportunity for the region to be at the forefront of a new era for the energy industry as we bring in the very best in terms of state-of-the-art battery technology to help ensure stability of supply for local homes and businesses.

The 120MW coal-fired plant started generating electricity in 1954 as part of a wave of new power stations to be built from the late 1940s into the early 1950s. After over 30 years operation, the plant closed in November 1986 only to be transformed into a 225MW gas-fired power station housed within the old turbine hall four years later. Fuelled by gas from Morecambe Bay, Roosecote was the first power station in the country to use combined cycle gas turbine technology, recognised for its high-efficiency compared to the older, dirtier coal plants.

Centrica bought Roosecote and its surrounding land in 2003, and later put forward proposals to develop a biomass plant at the site. These plans were withdrawn following a change in government policy, and poor market conditions eventually forced the site to be mothballed in 2012. The power station was demolished in January 2015, leaving the once thriving site redundant.

The new battery storage facility will be built on a small plot of land of around half a hectare at the southern end of the power station site.