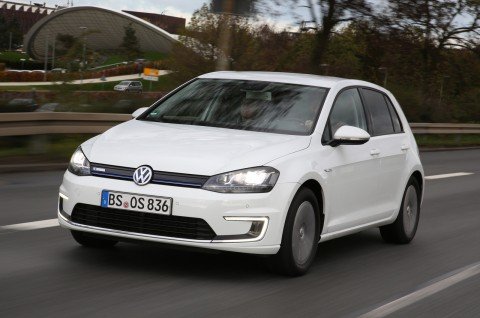 VW delivered the very first e-Golf to a new owner in the USA. The car was auctioned by VW and awarded to the highest bid. The three week auction saw Mr Bruce Oberg place the highest bid of $41,000. That’s a little more than the $36,265 base price.

Bruce takes delivery of the White e-Golf on Friday. He said he was “thrilled that I get to take home one of the first Volkswagen all-electric vehicles.”

The 2015 Volkswagen e-Golf will be launched over the course of the month at selected VW dealers in an initial distribution area limited to California and a handful of Northeastern and coastal states.

The e-Golf is part of the redesigned seventh-generation Volkswagen Golf range now on sale in the U.S.