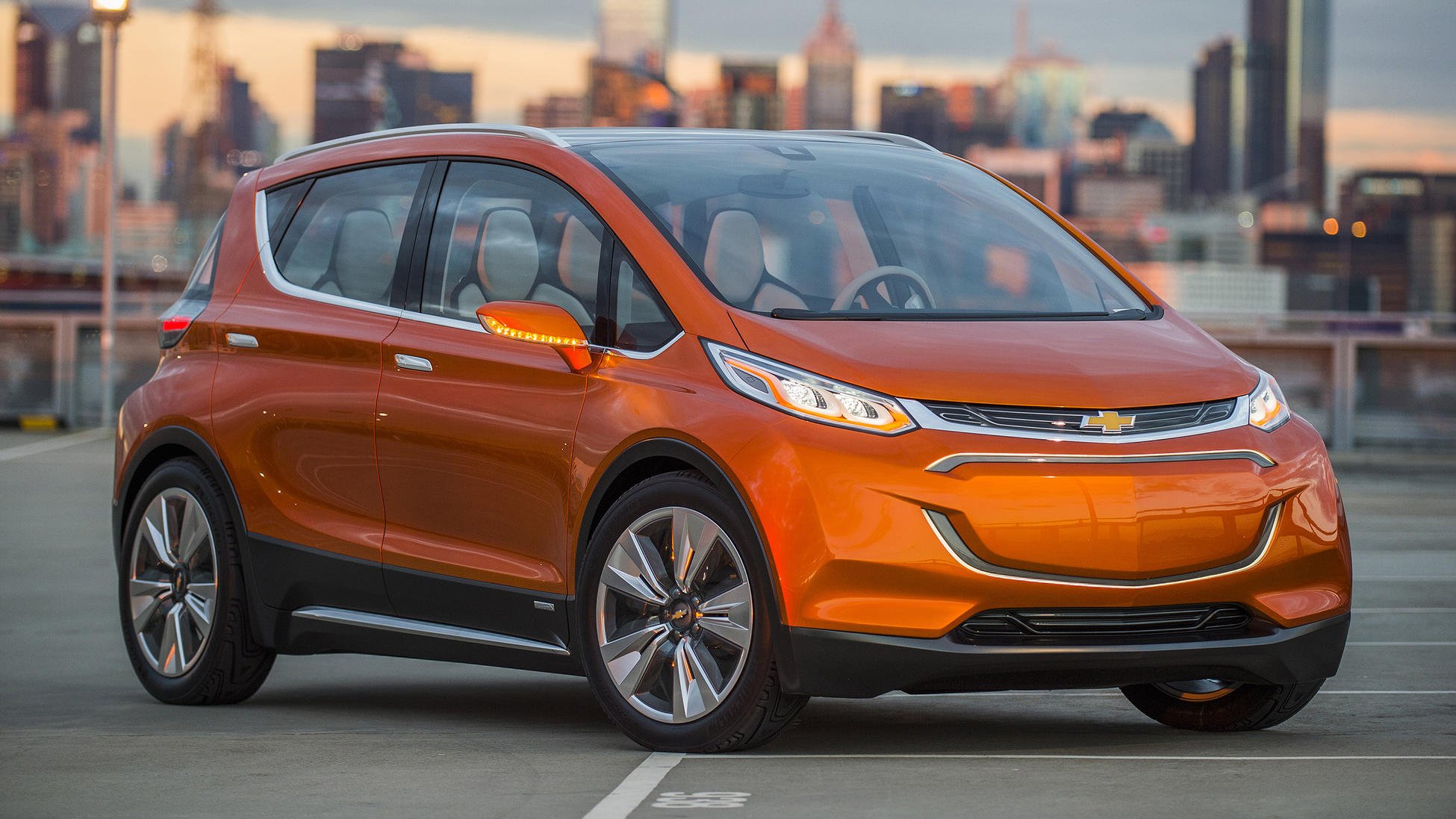 General Motors kicked off the Detroit car show on Monday, not with a bang, but with the hum of an all-electric concept car—and a lot of ensuing fizz.

The Chevy Bolt—not to be confused with the plug-in hybrid Chevy Volt / Vauxhall Ampere in the UK, which has been on the market for four years—would have a range of 200 miles and a target price of $30,000 after federal rebates, GM said. It sports a trendy “crossover” design, a 10-inch touchscreen, and multiple driving modes that trade-off efficiency for performance. It looks more BMW i3 than GM Volt. 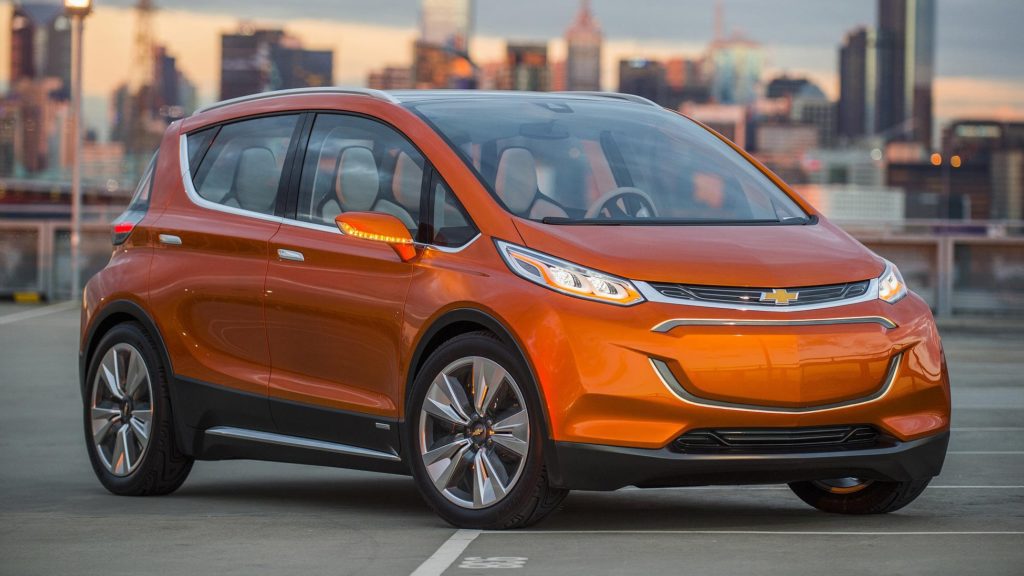 Some concept cars are highly speculative, but this one could be close to reality—perhaps as soon as 2017. “We’re pretty convinced that this is the right vehicle at the right time,” said Alan Batey, president of GM North America, according to theDetroit News. “We would not have today come here and talked about 200 miles and $30,000 if we didn’t really know how to make that happen.”

If he’s right, and that seems a big IF, the Bolt could hit the market about the same time as Tesla’s Model 3. That’s the long-awaited “mass-market” $35,000 follow-up to the company’s groundbreaking $80,000 Model S luxury sedan. The timing is noteworthy, because the Bolt’s key features—range, price tag, giant in-dash touchscreen—are clearly intended as a response to Tesla’s Model 3 plans. No all-electric car today offers such range for under $40,000, even with federal rebates, and most don’t even approach it. The Nissan Leaf and BMW i3 will go only about 80 – 100 miles on electric power. See the launch video below.

Predictably, GM’s announcement sparked a round of headlines billing the Bolt as a potential “Tesla-killer.” (The most impressive, in terms of sheer hyperbole, might be the Seeking Alpha headline that included the phrase “RIP Tesla.”) If the phrase “Tesla-killer” is already familiar, that’s because virtually every electric car announced in the past two years has been greeted with the same tagline.

In every case, it’s wrong.

For one thing, there’s no guarantee that the Bolt will be a legitimate rival to the Model 3, even if its specs are similar. In just a few years, Tesla has built a reputation for quality, performance, and design that will be hard for GM to match. The Bolt is not a looker, nor is it likely to go very fast. (Chevy has said little about the powertrain, but the Detroit Free Press reports it will be “derived from the one in the tiny Spark EV,” which is not exactly a speed demon.)

Remember when Apple came out with the iPad? For a year or two afterward, every new tablet from a rival electronics company was initially billed as an “iPad-killer,” because it offered similar features on paper. Last I checked, the iPad was still with us.

The bigger problem with the phrase “Tesla-killer” is that it assumes Tesla would be better off if it were the only car company making viable all-electric cars. The truth is just the opposite.

With the Model S, Tesla has cornered a niche market of wealthy techies and early adopters. But that market can only take the company so far. Its real goal is to bring electric vehicles into the mainstream, winning over buyers who would otherwise continue to drive gas-guzzlers.

The greatest obstacle to Tesla’s long-term success is not rival electric cars, but a global transportation infrastructure that is built for gasoline-powered cars rather than battery-electrics. For Tesla to crack the mass market, it needs other major automakers to invest heavily in electric-vehicle technology, including a network of charging stations that would allow for long road trips in battery-powered cars. That’s why the company opened its patents to competitors last year. At this stage in its growth, Tesla wants more rivals, not fewer. So should everyone who believes that burning fossil fuels is bad for the environment.

That’s why it isn’t surprising that Tesla reacted to the Bolt’s debut by welcoming Chevy to the party. “We are always supportive of other manufacturers who bring compelling electric vehicles to the market,” Tesla representative Alexis Georgeson told me. “Tesla applauds Chevrolet for introducing the Bolt, and we are excited to learn more about the product.”

Interesting at a media briefing Monday afternoon in Detroit, Nissan said it too will aim for a 200-mile range on the next generation of its Leaf electric car, which is also due out in 2017. “We want to be competitive” with the Bolt, CEO Carlos Ghosn said, according to the Detroit News. “It may have even more range.”

Jaguar joins race for electrification as it firms up plans for...