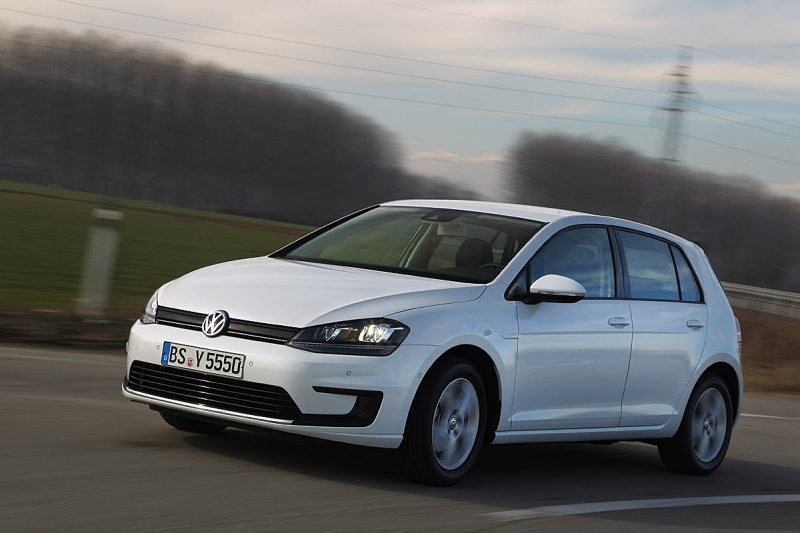 First, there were the all-new 2015 Volkswagen Golf and GTI models. Now, VW will offer a sporty-hatchback GT hybrid with the GTE name

GTE stands for GT Electric, and it will be the badge worn by Volkswagen’s upcoming Golf plug-in hybrid model–distinct from “e-Golf,” the model name for the battery-electric Golf that will be sold in the spring.

Autocar reports that the plug-in hybrid performance machine will use the same powertrain as the Audi A3 e-tron, which rides on the same Volkswagen Group MQB platform as the Golf.

That means motivation will come from a 1.4-liter direct-injected and turbocharged, four-cylinder gasoline engine with 148 horsepower, paired with an electric motor good for an additional 107 hp. An 8.8-kilowatt-hour lithium-ion battery pack provides electricity.

Since the gasoline engine and electric motor have different power peaks, their individual outputs can’t just be added together. The GTE should have a total system output similar to the A3 e-tron’s 204 hp and 258 pound-feet of torque.

That power is sent to the front wheels through a specially-adapted e-S tronic six-speed dual-clutch transmission.

That drivetrain will reportedly propel this plug-in from 0 to 62 mph in 7.6 seconds and reach a top speed of 135 mph.

That means the GTE probably won’t win a drag race against the non-hybrid GTI, but those numbers are fairly impressive for a car that claims to be sporty and efficient.

The GTE is expected to get 156 mpg on the European cycle.