Hazardous levels of pollution have caused authorities in Paris to enact its first car ban since 1997. 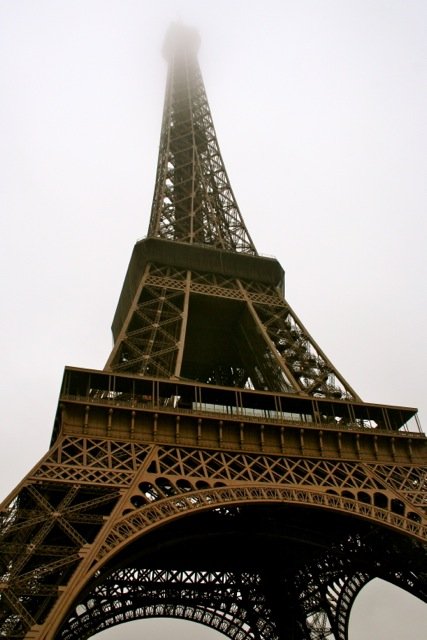 The French capital will ban all vehicles on alternate odd and even license plates today and tomorrow in an effort to reduce the output of polluting particles in the air, following a run of warm, windless days that have trapped pollution in the city.

However, drivers of electric and hybrid vehicles will be exempt from the restrictions, reports The Independent, as are taxis, buses, emergency vehicles and cars carrying three or more people.

All French license plates end in a two-digit number. This number will be used to determine which cars are allowed through the city each day–a similar system has previously been used in China to curb its own pollution problems.

As pollution levels climb above 80 micrograms of particulates per cubic meter, Parisian pollution problems are being blamed on the high number of diesel vehicles on French roads.

In the 1960s, the French government and industry made the decision to move to diesel, which was deemed less polluting than gasoline at the time.

As a result, the country taxed it less heavily than gasoline, and the major French automakers turned their attention to producing diesel engines.

Unfortunately, this has since proven an unwise move. Until the latest generation of diesels, equipped as they are with particulate filters, urea injection and other emissions-scrubbing systems, diesel emissions have been much more harmful than their gasoline counterparts.

High levels of particulate matter are blamed for various respiratory diseases, while higher oxides of nitrogen are a primary cause of smog.

Fear of voter reprisal has seen successive governments shy away from increasing diesel taxes, as two thirds of cars on French roads use the fuel.

Paris previously raised the idea of banning classic vehicles from the city’s roads as a way of reducing levels of pollution.

Such a ban would remove some of France’s most iconic vehicles from the capital’s streets, and angered classic car fans–whose vehicles make up only three percent of traffic in the city.

And in 2010, Paris trialed a ban of gas-guzzling SUVs, hoping to reduce pollution and greenhouse gas outputs.

The latest ban is sure to be unpopular with the city’s residents, though some bus and underground services are offering free transit for the days of the ban, in an effort to help keep cars off the road.

But as traffic levels increase, the French capital’s ban on polluting vehicles is unlikely to be its last–and could be adopted by other cities facing similar challenges in future.

Visit to Tesla Store in Seattle