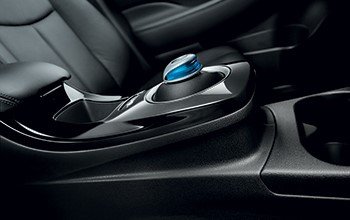 It is close to the shortest day of the year and the least productive day in the Northern half of the planet to produce solar energy. A great time to reflect on the approach of our fine Government to energy security and their carbon reduction plan. Today also sees the last remaining UK coal mine slip into history as Kellingley Pit closes.

This week we had big announcement in the UK and the US on their approach to the solar industry.

US federal legislators ended months of speculation by tabling a bill that would allow the crucial solar investment tax credit to continue until 2022. The terms of extension were almost beyond the dreams of those who had been campaigning to maintain the credit beyond its planned reduction at the end of next year. Holders of Solar City stock, up 25% were pleased.

Then the very next day our very own UK government confirmed substantial cuts to the country’s solar feed-in tariff, which, come February 2016, will reduce it to only around 64% of its current level. Although it was not quite in the league of brutality that had been first laid out in the summer, when cuts of 87% were on the table, this news is going to put a serious dent in what had become a flourishing industry.

Earlier this year, returns for households were closer to ten per cent, thanks to the falling cost of solar due to investment – particularly in China – driving down the cost of panels.

The cost of a typical domestic solar installation has dropped by around 70 per cent in the last five years according to the Solar Trade Association, down from around £19,000 to £6,500.

Subsidies have been falling to account for the lower cost of installation, but none so dramatic until now.

The Feed in Tariff scheme, through which solar subsidies are allocated, has helped deliver 670,000 solar homes, 20,000 solar businesses and 2,500 community solar projects in the UK, the association added.

The move marks a significant u-turn for secretary of state for energy and climate change secretary Amber Rudd, who called for a ‘solar revolution’ when she took over the job in May.

Ministers say the reductions are necessary to curb rising costs of green energy on consumer bills.

The Feed-in Tariff for solar currently adds around £7 to the average household energy bills per year, according to the Solar Trade Association.

Amber Rudd said: ‘My priority is to ensure energy bills for hardworking families and businesses are kept as low as possible whilst ensuring there is a sensible level of support for low carbon technologies that represent value for money.

‘We have to get the balance right and I am clear that subsidies should be temporary, not part of a permanent business model. When the cost of technologies come down, so should the consumer-funded support.’

On top of that, the UK government confirmed plans to close a year earlier than expected the renewable obligation framework that has underpinned the rapid growth in the UK’s large-scale solar fleet and made it Europe’s star performer for the last two years. Gone too will be the so-called “grandfathering” arrangement that protects projects from retrospective changes in subsidies.

The contrast between the two decisions could not be starker in terms of their immediate consequences. In the US, industry analysts have predicted the ITC extension will propel solar capacity to 54% above the levels it would otherwise have reached by 2020. In the process, that market momentum is predicted to usher an era of cheap solar, with sub-4c/kWh becoming the new normal for utility-scale projects, according to one analyst. That’s a hugely significant advance not just in the US, but for solar worldwide, with other countries able to capitalise on the impact that has on costs around the globe.

In the UK, the consequences of the FiT cut will be almost the inverse – 900,000 fewer rooftop systems built by 2019, worth a possible 5.2GW, according to the government’s own analysis. The unbuilt systems will also mean a loss of jobs – 19,000, again according to government figures. By contrast, the US is expected to see around 140,000 new solar jobs created by 2022, trade body the Solar Energy Industry Association said yesterday.

Beyond their immediate implications, the decisions taken by the US and UK this week would seem to symbolise the two opposing forces that now must somehow be reconciled if the global climate deal struck in Paris at the weekend is to become worth more than the paper it was written on.

On the one hand, there is the old thinking apparently embodied by the UK, where the goal of slashing a few pounds off household bills each year is held to be more important than showing leadership in pushing forward the energy transition, even if that may mean some short-term cost.

If you think it’s going too far to write off the UK’s moderately strong leadership position on the environment until now on the basis of today’s solar decision, then it’s worth considering the multitude of other backward steps the Conservative government has taken on the environment since May this year whilst simultaneously embracing costly, risky nuclear and announcing a booty bag of perks for the fossil fuel industry. All of this adds up to outdated thinking and is wholly against the general direction of travel that most other parts of the world are now on.

On the other, America is showing that a different path is possible. No one could claim the US is all of a sudden a global environmental torchbearer, not after all it’s done in the past to scupper previous climate deals. But on solar at least it’s showing that political differences can be put aside when something is so obviously worth backing that fighting over it just doesn’t seem to make sense anymore.

It’s less than a week since the triumphant scenes witnessed in Paris, but it seems that some parts of the world are already slipping back to default positions of hypocrisy and lip service when it comes to taking meaningful action on climate change.

Our energy plans seem to be based on wind and luck with a dash of Chinese Nuclear sponsored power as backup. It is hard to understand how little Rudd grasps the importance of here decisions. Christopher Booker in the Telegraph calls it an act of National Suicide. He is spot on.

To this end, they have, on one hand, forced us all to pour ever more billions of subsidies into renewables, while on the other piling easily the world’s highest “carbon taxes” on to coal and gas, to make those renewables somehow seem “competitive”.

At least the penny has finally dropped that weather-dependent wind and solar are hopelessly unreliable – which is why Ms Rudd recognised that, to provide reliable back-up for all those times when the wind isn’t blowing and the sun isn’t shining, we urgently need to subsidise a doubling of our gas-fired power plants. But not chuck a few pounds at solar. Crazy beyond belief