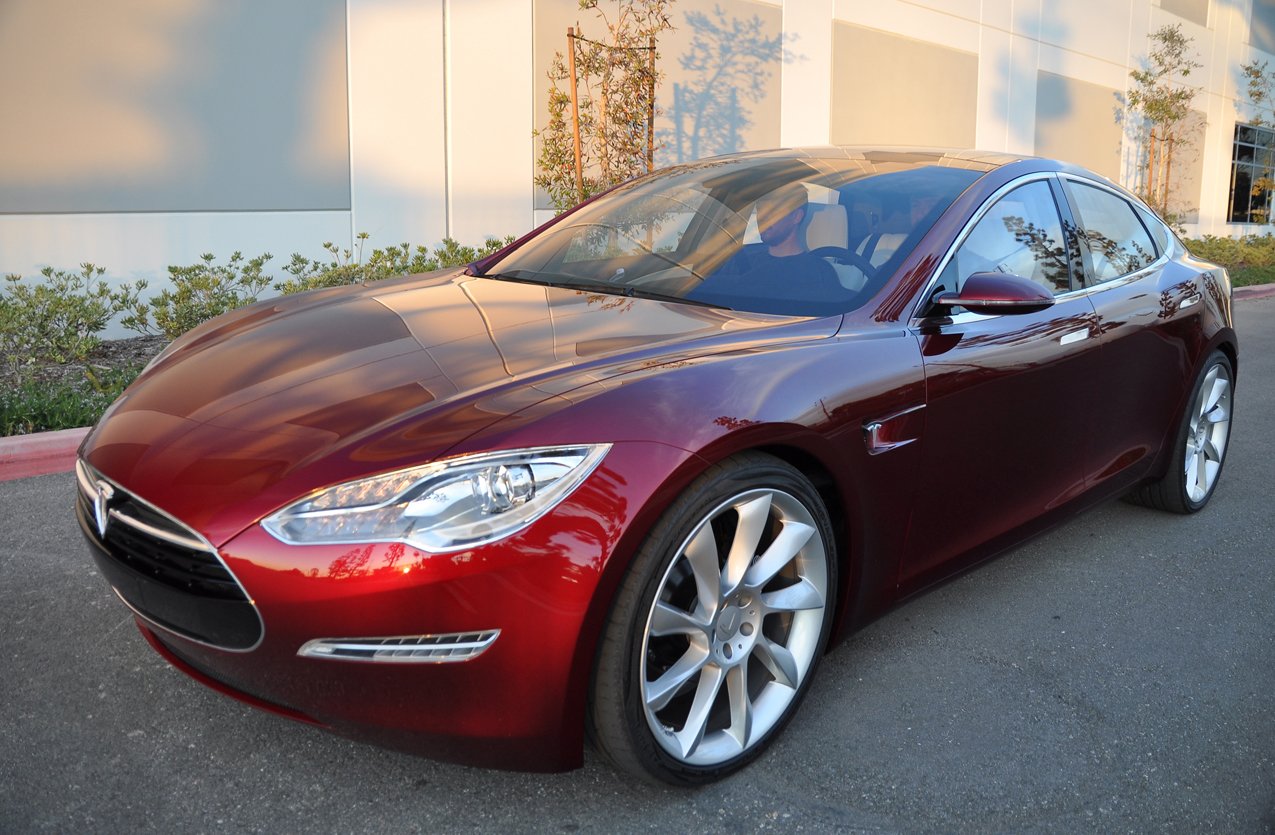 Tesla motors on what is not an April fool joke said it expects to report a first-quarter profit on both a net and adjusted basis following stronger-than-expected sales of its Model S.

This news shot Tesla stock into orbit with its shares soaring more than 20 percent in early trading on Monday.

Tesla also said it was dropping plans to produce a low-end version of the Model S due to lack of demand, and will focus instead on higher-margin editions of the car.

Model S sales exceeded 4,750 units in the quarter, higher than the 4,500 Tesla had forecast, the company said on Monday.

CEO and founder Elon Musk tweeted early Monday that the company will make a separate announcement on Tuesday that “is arguably more important” than its new financial guidance.

Tesla said in January that it would be profitable in the first quarter when expenses related to non-cash options and warrants were excluded.

“There have been many car startups over the past several decades, but profitability is what makes a company real,” Musk said. “Tesla is here to stay and keep fighting the electric car revolution.”

The automaker has focused in recent months on building and selling high-end versions of the Model S, with larger battery packs that provide more range.

The top-of-the-line Tesla Model S Performance model costs nearly $96,000. The base Model S, which Tesla is dropping, has a starting price of just over $60,000.

Tesla said only 4 percent of customer orders were for the base Model S, which was to be equipped with a 40 kWh battery pack. Those customers instead will receive a 60 kWh battery pack, with the output and range limited by software to 40 kWh, at no additional cost. Sweet deal if you had a 40 K unit on order.

Elon Musk, Tesla’s co-founder and CEO, said that he’s not only proud of the company’s accomplishments, but that by becoming profitable, it has helped validate its existence: “Tesla is here to stay and keep fighting for the electric car revolution.”

Announcing that its Q1 will be profitable is a bit of a strike back at critics after the negative New York Times review was released claiming that it “fell short of its estimated range” — it definitely appears there is demand for these electric cars. The question is whether the demand will continue to pick up as time goes on.

One other thing that it announced was that all of its 60 kWh cars have been and will continue to be built with Supercharger hardware included. It says that while it’s taking a “slight cost risk”, it believes customers will want to buy the Supercharger upgrade and get free long distance travel for life.