Another day, another sighting of an Alpha Model 3.
This one spotted by Charlie Cho‎ (via Tesla Model 3 Facebook group) yesterday has a more production-looking finish and a new charge port door that is not completely blacked out like the last one caught.
But like the previous sighting, it also features the ‘Tesla’ badging front and rear – something the black release candidate didn’t have when it was first spotted last month.
Here are a few pictures of the new or updated blue release candidate: 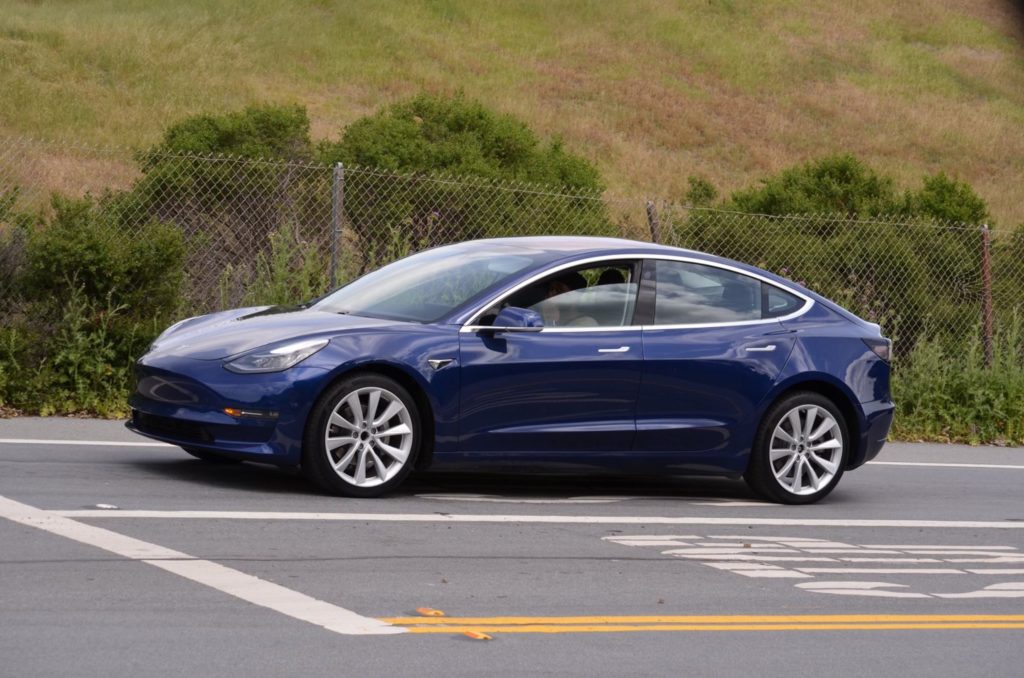 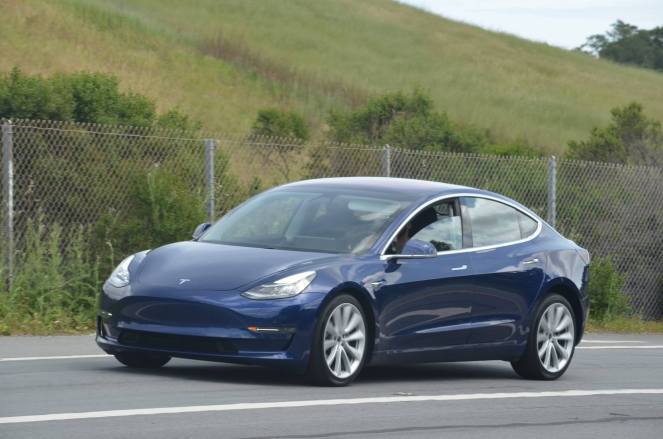 Looking good from front and back.
Aside from the cleaner front-end, the biggest difference is clearly what is expected to be the charge port door, which seems to be incorporated inside a back light – just like in the Model S and Model X.
We are interested in the connector behind the charge port door. As we previously reported, while Tesla hasn’t confirmed that it will use the same proprietary plug as the Model S and X, it is the most likely outcome. However, with anticipated large volumes the Model 3 could set the charging standard for electric vehicles with next generation charging technology.
As we like to remind everyone when we spot the Model 3 release candidates, the vehicles are being tested with different prototypes at different stages of readiness and therefore, we need to be careful before assuming that certain features will be in the production version, which is still expected to be released in July to staff.