There are many reasons that automakers sell electric cars. Cars that plug in to travel on batteries charged from the electric grid respond to perceived customer demand for more-efficient transportation, and they help companies comply with tightening global emissions standards.

But the need to curtail climate change is at the root of many of these points, and Renault-Nissan CEO Carlos Ghosn recently said that it’s one of his company’s primary concerns. his acceptance speech for the Action Against Hunger Humanitarian award last week in New York City, Ghosn described climate change as an “unprecedented humanitarian challenge.”

Ghosn said this type of sobering analysis is what led Nissan and Renault to aggressively pursue electric cars.

Predictions of growth in global population and its anticipated affect on the environment convinced the company that zero-emission vehicles were a matter of “when,” not “if.”

Ghosn acknowledged that electric cars currently account for a small fraction of new-car sales, but he views the introduction of more plug-in cars by his company’s rivals and government support for charging infrastructure in the U.S., China, Norway, and other countries as encouraging.

While the list of available electric-car models is continually growing, though, Nissan still leads in sales. 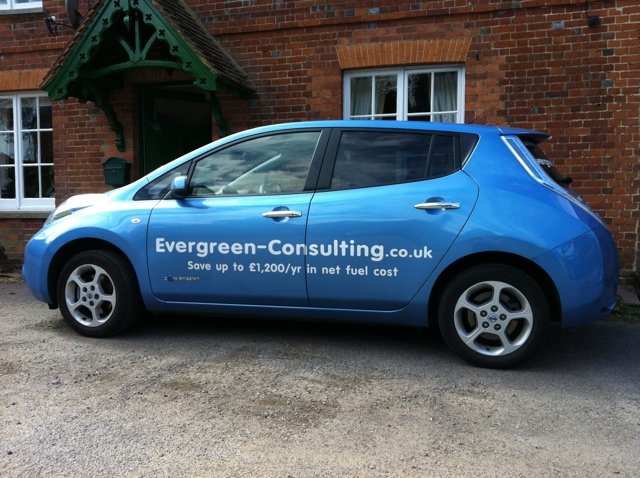 The Nissan Leaf is by far the world’s best-selling electric car, with roughly 140,000 delivered, and the Renault-Nissan Alliance has now shipped over 200,000 EV’s in less than four years.