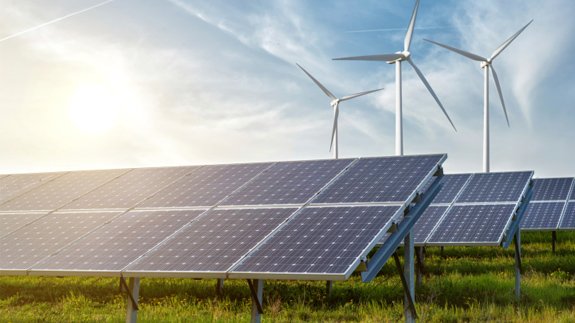 The renewable energy industry contributed nearly one fifth of the UK’s electricity mix in the first quarter of the year.

New statistics from DECC revealed renewable technologies produced 18.1TWh of clean energy, a 43% rise compared to the same period in 2013.

Hydro generation rose by 78% on a year earlier – from 1.3TWh to a record 2.2TWh. Electricity produced from onshore wind increased by 62% in the first quarter to 6.6TWh while offshore wind rose by 53% to 4.4TWh.

Solar capacity stood at 3.5GW at the end of the first quarter this year, increasing its share to 17%.

The UK had installed 20.8GW of renewable energy capacity in the first quarter – up from 15% compared to the same time in 2013.

Germany has broken another record by generating 28% of the nation’s electricity from renewable sources in the first half of this year, latest figures suggest.

Solar and wind power plants met around 17% or 45TWh of Germany’s electricity demand.

In total, solar, wind, hydro and biomass generated around 81TWh, accounting for 31% of electricity production, according to a report from the Fraunhofer Institute.

Energy generation from fossil fuels declined, with coal-fired power plants producing around 4% less compared to 2013. Gas power plants recorded the largest decline in production – a 25% fall in the first half of the year compared to the same period in 2013.

Germany also saw an increase in electricity exports this year – a record 18TWh compared to 14.4TWh in the same period last year.

Last month the nation’s changes to its Renewable Energy Act (EEG 2014), which is designed to boost the share of renewables by providing incentives – was approved by the European Commission.