Interesting report from Capital One on changes to the used car market in the States.

Not long ago plush leather seats, chrome-trimmed knobs, metal buttons, and a loud, grumbling engine made in Germany were the hallmarks of a luxury vehicle. That was the status quo for a very long time, but with the emergence of Tesla and its tech-focused approach to cars, these age-old definitions of luxury in the automotive industry are getting disrupted.

In a recent article, American bank holding firm Capital One opted to examine a phenomenon in the second-hand luxury car segment that it dubs as “The Tesla Effect.” According to the financial firm, the influx of sales generated by Tesla consumers’ reaction to the brand amid the release of more attainable vehicles like the Model 3 has pretty much wrecked the pre-owned luxury segment. And the biggest victims of the Silicon Valley-based electric car maker are some of Europe’s strongest brands. Time to short VW, Mercedes / Daimler?

The key vehicle in this transition is the Tesla Model 3, which went from zero to 140,000 units sold faster than any other luxury car before. The market’s interest with the electric sedan has been consistent, to the point where it is now a driving force in the used luxury car segment. As more and more luxury car owners trade in their vehicle for a Tesla, traditional high-end brands like BMW and Mercedes-Benz are getting the short end of the stick.

Capital One notes that Tesla currently gets European vehicles as trade-ins 22.2% of the time, over two times the industry average of 10.9%. The result of this is the second-hand market getting flooded with luxury vehicles — vehicles that are so far not seeing an increase in demand. These conditions create a perfect storm for veteran luxury automakers. 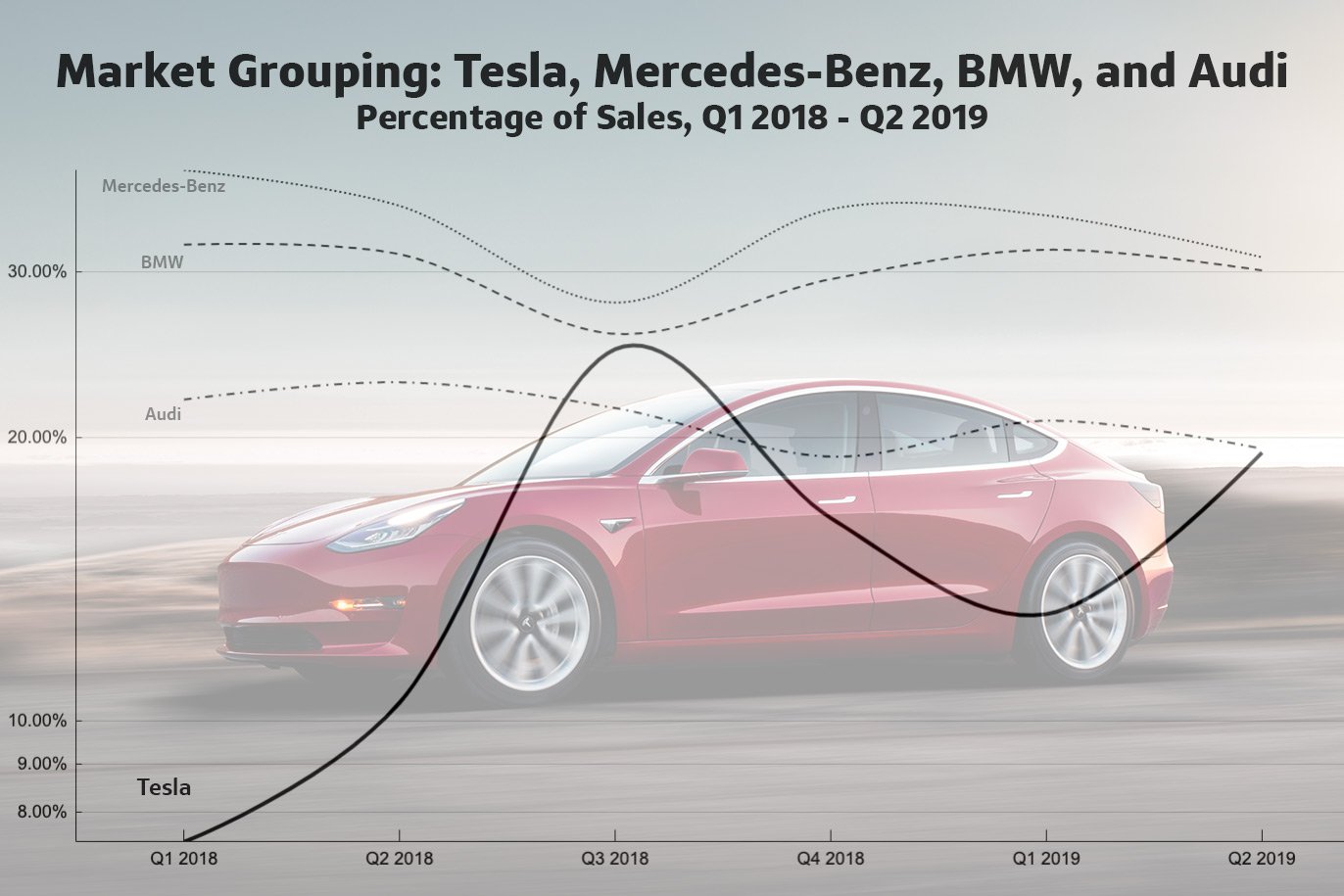 A rather surprising result of The Tesla Effect is that customers in the market for pre-owned luxury vehicles could see lower prices for cars like BMW’s 3-Series. With their depreciation being so steep, customers could acquire a three-year-old BMW or Mercedes-Benz sedan at a lower price than a brand new Honda Accord or Toyota Camry.

This is where The Tesla Effect impacts the market. The steep drop is great news if you’re in the market for a late-model luxury car, because that deprecation will work in your favour. You can now conceivably get a really nice three-year-old Mercedes C-Class or BMW 3-Series at a lower price than a brand new Toyota Camry or Honda Accord.

As the numbers bear out, speed and comfort are taking a back seat to emerging technologies that are quickly transforming luxury cars into self-driving tools for their owners. The base Model 3 with Autopilot now retails for just under $40,000 brand new. Unlike the luxury cars listed above, nearly every Model 3 sold today has self-driving software that allows the car to automatically change lanes and even be summoned out of a garage or parking space. Luxury through a Tesla lens is in the car’s ability to take over some of the more boring aspects of driving.

The Tesla Model 3’s combination of semi-autonomous (self-driving) technology, quicker acceleration than a BMW 3-series, and energy efficiency that blows away a Toyota Prius, has quickly created a seismic change in today’s luxury car market. As a result, if you’re planning to buy a late-model (non-Tesla) luxury car in the near future, you’re letting someone else take a brutal hit in depreciation and getting a great car for relatively little money—much less than if you bought new, anyway. It can be a vicious cycle, but it can also mean a great deal for you.