As the Geneva Auto opens today to the public, back in Coventry Jaguar Land Rover, the UK’s largest car manufacturer, has sealed an agreement with EDF Energy to buy all its electricity from renewables.
Jaguar Land Rover’s electricity supply is backed by Renewable Energy Guarantees of Origin (REGO), meaning a proportion of EDF Energy’s renewable energy is ring-fenced specifically for the company. The REGO scheme certifies the proportion of supply that comes from renewable generation – 100 per cent in Jaguar Land Rover’s case. 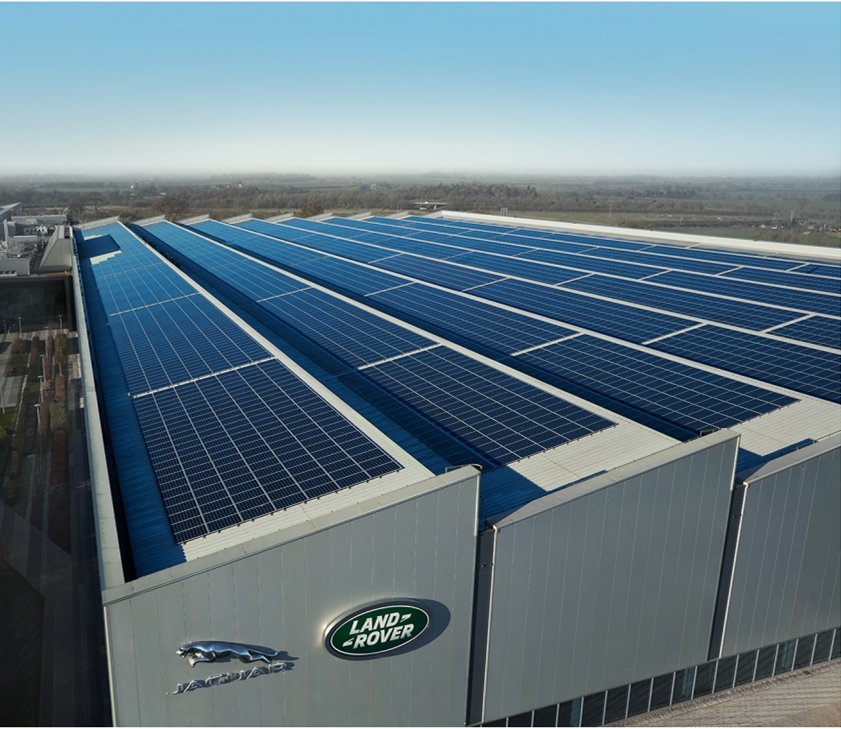 “Our future is low-carbon, clean and efficient. Our programme to reduce our burden on the National Grid doesn’t end here: we seek continual improvements, both in how we can reduce energy consumption further and how to minimise our carbon emissions.
“Our aim is to give our customers an assurance that the company’s electricity will come from renewable sources: those being in addition to the solar array at our Engine Manufacturing Centre in Wolverhampton, one of the largest rooftop installations in Europe.”

Béatrice Bigois, Managing Director of Customers, EDF Energy, said:
“EDF Energy is pleased to announce that we will continue to supply Jaguar Land Rover with 100 per cent renewable electricity for the next three years.
“Jaguar Land Rover is a valued partner of EDF Energy – we share a strong focus on sustainability and are very proud to support Britain’s biggest car maker in achieving their low-carbon ambitions.”
Jaguar Land Rover’s renewables purchasing programme operates within a wider context of sustainability. The business’s latest annual Sustainability report, published today, shows the business achieved:

Jaguar have announced the all Electric iPace will, or should ship in the second half of 2018 and are accepting £2,000 deposits.