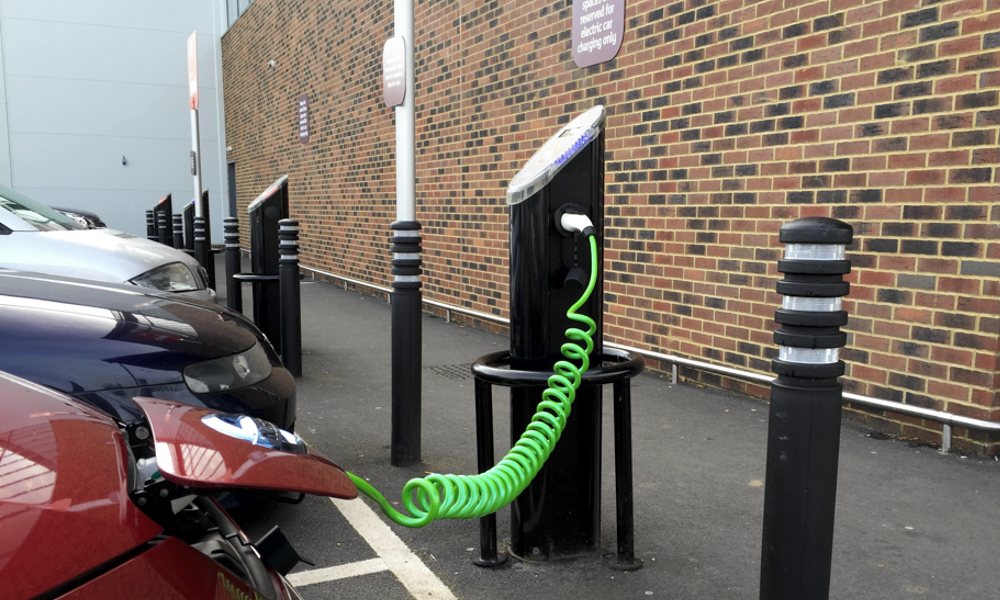 The number of UK supermarkets offering electric vehicle (EV) charge points has doubled in the past two years, according to new research.

Some 313 stores added chargers to their sites between the end of October 2017 and the end of last year, analysis by EV charge point database Zap-Map and the RAC found.

This took the amount of supermarkets now catering for battery and plug-in hybrid vehicles to 608, which is 5 per cent of all stores. Asda has the greatest proportion of stores with charge points (19 per cent), followed by Morrisons (18 per cent).

Our research shows that while the majority of charging is done at home, most EV drivers use the public network more than once a month. While a robust rapid infrastructure across the country is essential for longer journeys, having charge points in supermarkets provides EV drivers an excellent way to graze energy while doing an everyday task.