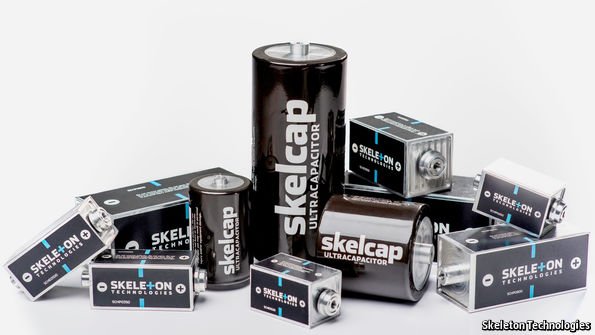 An ultracapacitor, also some times called a supercapacitor, is an electrical component capable of holding hundreds of times more electrical charge or energy than a standard capacitor. This characteristic makes ultracapacitors useful in devices that require relatively little current and low voltage. In some situations, an ultracapacitor can take the place of a rechargeable low-voltage electrochemical batteries. Unlike batteries, which store energy chemically by squirrelling it away in the materials of their electrodes, capacitors store it physically as static electricity clinging to the surfaces of their equivalents of electrodes, which are known as plates. This static can be tapped or added to more swiftly than any chemical reaction can manage, so capacitors both store and discharge electricity more rapidly than batteries do. That makes them ideal for delivering short bursts of power. 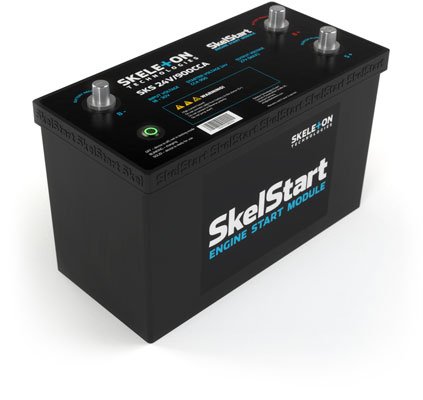 As an example ultracapacitors can be found in emergency radios and torches. The ultracapacitor charges up with the help of a miniature DC generator that the user can manually operate for a couple of minutes by turning a small crank. Once the ultracapacitor has acquired a full charge, the device can function for quite awhile before it needs a recharge.

The principal disadvantage of the ultracapacitor, compared with older capacitor designs, is the fact that the ultracapacitor cannot withstand high voltage. While an electrolytic capacitor might be rated at several hundred DC volts, ultracapacitors have maximum ratings of only about 5 DC volts. In order to use ultracapacitors at higher voltages, multiple components must be connected in series (end-to-end, like the links in a chain). Then their voltage ratings add up, just as battery voltages add in a series connection.

This is a fast moving space and has a direct implications to the EV space as alternative energy storage. The Economist recently covered the work of a European firm Skeleton Technologies who are making impressive claims using Graphene as their secret sauce. Highlights below.

Skeleton Technologies itself is the creation of Taavi Madiberk and Oliver Ahlberg, who set up their company in 2009 based on the work of a group of Estonian researchers. Initially, it produced a limited number of ultracapacitors for motor racing, where they are used in kinetic-energy recovery systems (KERS) that recycle energy which would otherwise be lost as heat during braking and turn it into electricity to assist acceleration. Another early customer was the European Space Agency. It uses ultracapacitors to handle peak-power demand in its satellites, such when they are moving the arms of their solar panels. Not only are ultracapacitors more efficient than lithium-ion batteries at harvesting energy from solar panels, they are also lighter, smaller and have a longer life—up to 1m cycles of charging and discharging, according to Mr Madiberk. A lithium-ion battery fades after about 1,000 cycles.

Back on Earth, the company is now working with vehicle-makers. Adgero, a French firm, is using Skeleton’s devices to fit KERS to diesel-powered lorries. Adgero’s system, which it claims provides fuel savings of 25%, is being tested by operators including Eddie Stobart and Fraikin, two large British trucking companies. Similar arrangements would work well on trains, and also on dockside cranes, providing spurts of power when goods need to be lifted and recovering energy when they are lowered again.

With new investment the company went into full production in April, when it opened a new factory near Tallinn, Estonia’s capital, that is capable of turning out half a million of the devices a year. Next February, if all goes well, this will be joined by a second plant near Dresden, Germany, to take the company’s combined output to 5m a year. At the moment, then, Skeleton’s ultracapacitor seems the bee’s knees. How long that will last depends on when the next big idea makes it from the lab to the world. The latest candidate is offered by Mircea Dinca and his colleagues at the Massachusetts Institute of Technology in this week’s Nature Materials. Its plates are coated with materials called metal-organic frameworks. Whether it will ever be heard of again remains to be seen.

All electric Niro from KIA to be launched at Paris show...