Battery-powered delivery vans weighing over seven tons could prove to be cheaper to own and run than traditional diesel vehicles by the early 2020s, according to delivery giant UPS.
The prediction is a major boon for Government’s plan to accelerate the number of electric vehicles on British roads, despite concerns that the most polluting vehicles may struggle to adapt due to the toll they would take on the power grid.
The multinational shipping and logistics company already plans to increase the number of electric mega-vans in its London fleet to help tackle the capital’s rising road emissions, but the move could accelerate its profits too, according to the group’s sustainability boss Peter Harris.

A consortium led by UPS has unveiled a new electric vehicle charging technology in London. Claiming the deployment as “a world first”, UPS said that the new system “overcomes the challenge of simultaneously recharging an entire fleet of electric vehicles without the need for the expensive upgrade to the power supply grid”.
It added that the technology “signals the beginning of the end of a reliance upon traditional combustion engine powered vehicles” and said it will allow UPS to increase the number of EVs operating from its central London site from 65 to 170.
Recharging a fleet of electric vehicles can be very expensive as it often requires upgrades to the external power grid, an option not always attractive to businesses or operators.
The new UPS system will allow the company to turn its London base into an all-EV facility without the need for such an upgrade.
UPS said:

This is achieved with a smart grid which uses a central server which is connected to each EV charge post as well as the grid power supply and the onsite energy storage.

“The system adopts an ‘intelligent’ approach to charging by spreading this throughout the night so that the building can use the power it needs to run the business of logistics (lights, sortation machinery and IT) and ensure that all EVs are fully charged by the time they are needed in the morning, but at the same time never exceed the maximum power available from the grid.” 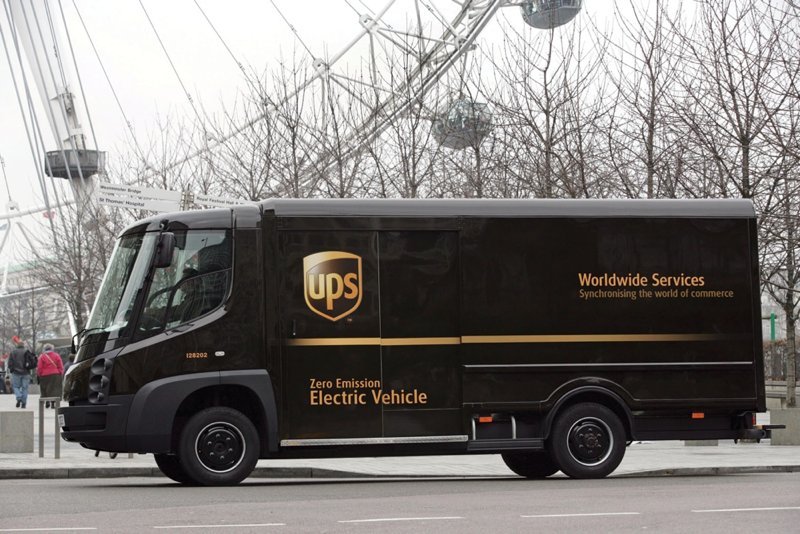 UPS said that as a result of this project, it can now “tailor the lowest cost approach building by building and determine how best to adopt and charge a fully electric fleet. This will be accomplished by combining a variety of solutions including conventional power grid upgrade, smart grid, on-site energy storage with batteries and local power generation, using, for example, solar energy generated on facility rooftops.
The deployment has been brought about by the Smart Electric Urban Logistics (SEUL) project, which saw UPS team with UK Power Networks and central London’s largest public-private partnership, Cross River Partnership. It has been funded by the UK’s Office for Low Emission Vehicles. Peter Harris, director of sustainability, UPS Europe, said: “UPS thinks this is a world first, right in the heart of a mega-city. We are using new technology to work around some big obstacles to electric vehicle deployment, heralding a new generation of sustainable urban delivery services both here in London and in other major cities around the world.”
“Electric vehicles are an integral component within UPS’s alternative fuel and advanced technology fleet. Our collaboration with UK Power Networks and Cross River Partnership marks a major turning point in the cost-effective deployment of electric vehicles, which in turn will play a key role in ensuring the global trend toward urbanization is sustainable. We are applying new technology to make the charging process smarter and our delivery service cleaner.”
Harris added that UPS “believes the day is rapidly drawing closer when the acquisition costs to put an electric vehicle on the road, including those associated with getting power to the vehicle, will be lower than the equivalent costs of its diesel counterpart. This development will be instrumental in enabling electric vehicles to be deployed at scale in the world’s cities which is an essential component of tackling the air quality challenges in these urban environments.”
Ian Smyth of UK Power Networks Services said: “This trailblazing solution has enabled UPS to increase their electric vehicle fleet without upgrading their network connection, paving the way for future electrification of delivery vehicles in our cities.
“We are delighted to work with UPS and our other partners to design, deliver and operate this sustainable smart-grid solution. This project will deliver a huge impact on improving the air quality for Londoners and contribute to UPS’s legacy of sustainability.”
A key part of the initiative is the use of onsite energy storage batteries. Although new batteries have been deployed at this stage, it is envisaged that in the future these could be second-life batteries that have already been used in a UPS EV.
“Together with the smart grid, this will pave the way toward a UPS EV infrastructure strategy that can dynamically make use of a conventional power upgrade, a smart grid, onsite storage, and in many cases, local power generation including solar and other alternative sources,” said Harris.
Cross River Partnership past projects have included the FREVUE project, in which 80 fully electric vans and trucks were deployed across eight European cities. Tanja Dalle-Muenchmeyer, programme manager for electric freight at Cross River Partnership, said: “Our previous work on electric freight vehicles has shown that local grid infrastructure constraints are one of the main barriers to their large-scale uptake.
“We need to find smarter solutions to electric vehicle charging if we want to benefit from the significant air quality and environmental benefits these vehicles offer, and we believe this is such a solution.”
UPS first introduced modern EVs in 2001 and currently has more than 300 electric vehicles and nearly 700 hybrid electric vehicles deployed in Europe and the US.
The company recently ordered 125 new fully-electric Semi tractors to be built by Tesla in 2019, one of the largest pre-orders to date. 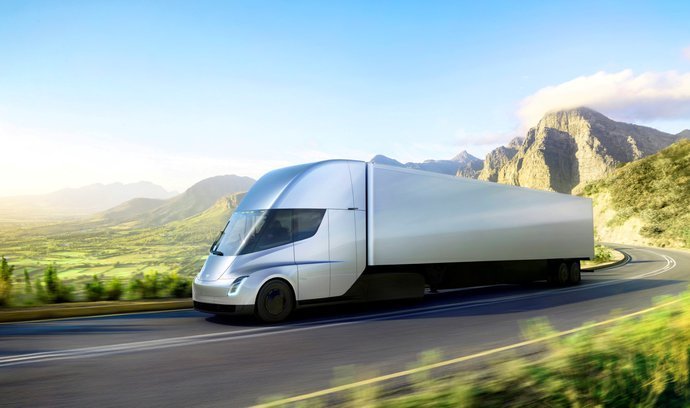 Last September, UPS announced it will become the first commercial customer in the US to start using three medium-duty electric trucks from Daimler Trucks Fuso brand, called the eCanter.
UPS has a target of one in four new vehicles purchased by 2020 being an alternative fuel or advanced technology vehicle. The company also has pledged to obtain 25 per cent of the electricity it consumes from renewable energy by 2025 and replace 40 per cent of all ground fuel with sources other than conventional gasoline and diesel, an increase from 19.6 per cent in 2016.