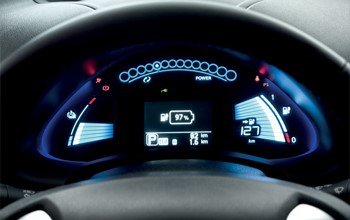 [dropcap style=”normal or inverse or boxed”]I[/dropcap]ntersting article on Wind contract pricing and the implications for the UK energy markets.

For years the complaint against offshore wind was prohibitive cost. The new worry is that it is suddenly becoming too cheap. The world’s biggest wind companies are driving down power contracts so fast in their cut-throat battle for market share that they may be making impossible commitments. The sums of money at play are huge, and the stresses may not come to light until the next financial crisis. 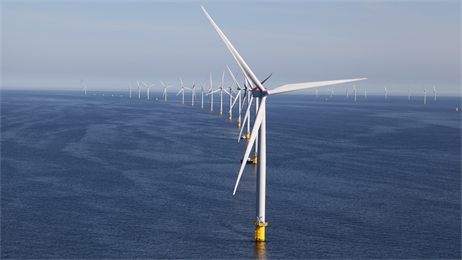 A string of tenders this year have slashed strike prices to once unthinkable levels. The Danish giant Dong Energy stunned the industry in July by clinching an offshore deal in the Netherlands at a strike price of €72.5 per megawatt hour (MWh), half the sorts of levels agreed less than five years ago.The project, known as Borssele 1 & 2, was quickly surpassed by an even cheaper bid of €60 per MWh by Vattenfall in a Danish tender. “My world record was blasted away in weeks,” said Rene Moor, head of wind management for the Dutch government.
The auctions have become intoxicating.

“There’s bidding fever going on, and it can be very addictive,” said Ranjan Moulik, an energy specialist at the French bank Natixis and a keen E-Bayer.

The Danish deal is roughly half the strike price for the Hinkley Point nuclear project, now £97 per MWh, after adjusting for inflation. It is shockingly cheaper, even taking into account the problems of intermittency and the peculiarities of the Danish system.
This year’s contracts are a spectacular vindication of offshore wind technology. Aerodynamic smart blades and sensors are now de rigueur. The latest 700ft turbines can generate 8 megawatts each, slashing number of foundations and cables needed. Load factors have risen from 30pc a decade ago to 50pc on the newest arrays. Sheer industrial scale has done the rest.

Yet sceptics warn that the technology is moving so fast that nobody really knows what hidden disasters lie in wait, or what the levels of corrosion will be, or what will happen to costs over the long life of a contract.
“People are being very complacent about taking on risks they don’t fully understand,” said Paul Bradley from Canada’s Northland Power.

“The margins are too tight. They are overlooking the costs of operation and maintenance. If there are financial problems you are going to be road kill pretty quickly,” he said, speaking at the WindEurope summit in Hamburg.
Today’s benign circumstances have artificially depressed costs. The slump in North Sea oil and gas exploration means that wind operators can lease ships and offshore crews at bargain rates. The global hunt for yield in a world of zero rates has compressed financing rates. Steel has been cheap. None of this may last.

Talk of over-reach was the coffee table talk at the forum, though not the only worry. There is a gnawing angst over China as its hungry wind companies copy European technology and turn their sights on global conquest.
They installed half of all the world’s new turbines at home last year, but may soon start to saturate the Chinese market.

The fear is that they will soon do to Europe’s wind industry what their solar champions have already done to Europe’s devastated solar industry. “If the Chinese seriously break out of their home market and push overseas, it will be very dangerous for the Europeans,” said Dirk Briese from Wind Research.

The sums of money coming into play are eye-watering. Mark Lewis, head of utilities at Barclays, says capital expenditure on new wind power is likely to be £63bn by 2030 in Britain alone, and as much as £88bn in a high case scenario.
The margins are too tight. If there are financial problems you are going to be road kill pretty quickly.

He calculates that 47 GW of old plant, mostly in coal, gas, and nuclear, is to be shut down in the UK over the next 15 years. Offshore wind will plug a big part in filling the gap. Dong has already invested £6bn in its British operations. It has promised  to press ahead with a further £6bn over the next four years despite the Brexit vote, insisting that there will be no changes to its expansion strategy. “We will carry on as before,” said Martin Neubert, the group’s strategy chief.
“What we understand is that the British Government is still committed to renewable energy and stands behind the Paris agreement on climate change,” he said.

The Danish state-controlled group, an amalgam of six companies around the old core of Danish Oil & Natural Gas, is already the dominant player in British waters. It aims to spearhead the UK’s drive to triple offshore capacity to 15 gigawatts or more by 2030, the world’s most ambitious scheme.

Mr Neubert  insists that the Borssele formula is a template for future costs in Britain. “The Netherlands is not a one-off. It absolutely can be done elsewhere and I think we can drive down costs ever further,” he said. Any British contract must command an extra premium, all things being equal. The Dutch state covers the costs of offshore infrastructure and access to the grid. Britain does not. The Borssele project is just 14 miles off the Dutch coast. The giant 1.2 GW Hornsea One wind farm will be 75 miles out from Yorkshire into the North Sea, with cable and service costs to match.

Even so, the bid implies future contracts in Britain below £80, and ultimately much lower. An internal study by Dong concluded that the levelised cost of energy could be as low as £35 per MWh by 2030 if the scale of investment is big enough.
All this will be music to the ears of the British government as it prepares the next two sets of tenders for the North Sea.

Yet it raises the awkward question of why the UK agreed to a strike price for its Burbo Bank and Walney wind projects at £150 per MWh, and why it agreed to Hornsea One at £140 under its contract-for-difference scheme as recently as April 2014.
Government documents suggest that the generous terms of these three projects could generate as much as £7.6bn of subsidies over their lifetime, spread across several operators.

These contracts are by now a sunk cost, the fee Britain has had to pay, and will continue to pay for a long time, to achieve critical mass and scale in a new industry. The next two-thirds of the UK’s vast national gamble offshore wind will be on an entirely different tariff.

If the industry can deliver on its astonishing promises, it will provide Britain with a relatively cheap source of decarbonised power, from a home-made source, in good time before the COP21 climate accords start to bite in earnest. One day it may even look like a shrewd strategy.

From the Telegraph – Oct 2nd.