Following the debut of the e-tron prototype at the 2018 Geneva Motor Show, the new Audi e-tron production model is set to be unveiled at the San Francisco Audi Brand Summit this September.

The prototype stage is the next phase of the car’s development. Taking learnings from the concept car, the e-tron’s design has been refined, its systems developed and its technologies perfected to create a fully road-going version that can be put through its paces in final tests before going on sale as a production car.

Audi have not told us much about the E-Tron. Key facts are below that have been revealed from the testing news. We do know that for £1,000 you can reserve one. See Audi store to place your deposit.

The e-tron prototype’s lithium-ion battery stores up to 95kWh (kilo Watt hours) of energy. And to make sure that it meets the demands of any extremes it may encounter in more temperate climates, various scenarios were played out under the extremes of the Swedish north. From leaving an e-tron prototype with varying low battery charges out overnight to see how it starts next morning, to charging the battery in the extreme cold – tests proved that even at very low temperatures, the reliability of the battery is assured.

As with the concept car, the Audi e-tron prototype can be charged with up to 150kW of power at fast-charging stations; this means it’s ready for a long-distance trip within 30 minutes – and it can be fully charged within 50 minutes. In addition to fast charging with direct current (DC), Audi’s electric SUV can be charged at home and on the move with alternating current (AC) up to 11kW.

Trips can also be planned on the myAudi app or directly in the car where the vehicle displays route options and charge points. The navigation system within the vehicle takes into consideration the battery’s charge, traffic and includes the required charging time as part of its planning and arrival communication.

Typical for an electric vehicle, the e-tron prototype generates torque almost instantly, meaning there is virtually no delay between pressing the accelerator and moving off. In fact, with the motors producing up to 300kW of power – that’s 400PS, almost as much as our RS models – the e-tron production model is predicted to sprint from 0-62mph in 5.7 seconds.

With Virtual Cockpit and a Bang & Olufsen 3D sound system, the e-tron prototype features the best of Audi cabin technology. But, for the first time, it also has the option of new virtual door mirrors. Outside, cameras take the place of traditional glass mirrors, streaming footage to 7-inch OLED displays fitted into the inside of both front doors. Using touch screen controls, the virtual mirror cameras can be adjusted, zoomed and moved to adapt to your driving situation; not just enhancing your experience of the e-tron prototype, but also improving your safety. Ed – is this legal on our roads?

It’s not just the refined Valcona leather upholstery and the sheer spaciousness that exudes an almost perfect sense of calm for the five occupants. Unlike a combustion-powered car, the e-tron prototype is supremely quiet, with only the sound of the tyres and the gentle hum of the electric motors providing the acoustic backdrop. Enhanced further by special sound proofing, wind noise barely gets through to the cabin – even at higher speeds.

Biofuel in the air

How to plant 1 billion trees? 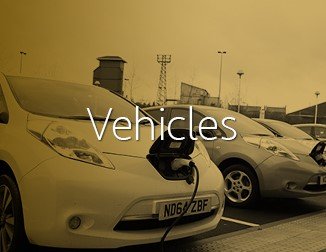 Two UK based EV organiaations have teamed up to form EV...

Get the UK Fracking now!