The wide spread introduction of so called Smart Meters across the UK is set to cost consumers £11bn.

We say for no or little benefit. As we have said before these devices are not smart, not easy to use and are linked to a single supplier. How could they be more stupid?
More studies show they cut energy consumption by 3% or less – so why is the UK spending so much on rolling out “smart” electricity and gas meters?
That is the question some commentators are asking after it emerged that a key element of the behind-the-scenes infrastructure has been delayed again.
A recent Smart meter government Report claims around 3.3m first-generation smart meters have been installed in UK homes. The plan, now looking increasingly ambitious, is that by the end of 2020 around 53m will be fitted in more than 30m homes and businesses. The predicted cost is around £200 for each meter replaced – ie, more than £400 for many households – a sum borne by us through increased bills.
For those of you who have so far missed this revolution, smart meters are set to replace every conventional gas and electricity meter in the country. They use wireless technology to allow the energy company to read the meter remotely, and the government has a manifesto commitment to ensure that every home and business is offered one – although you don’t have to say yes.
However, if you’ve already had a smart meter fitted, the bad news is that in many cases if you subsequently switch supplier it could lose all its “smartness” and become worse than the perfectly good meter it replaced. Unlike conventional meters Smart meters are mighty hard to read as they don’t have a static easy to read display.
This is just one of the conclusions of a House of Commons science and technology committee report issued last month that expressed reservations about the way the meters and the necessary infrastructure are being implemented.
The report coincided with the Institute of Directors attacking the rollout for being too complex and costly. It called on the government to urgently review the benefits of going ahead with the roll-out, which looked “very unlikely” to meet its 2020 target.
Once installed, an energy supplier can read a meter remotely via the mobile phone network. Householders also receive a digital display that shows exactly how much power they are consuming – and its cost – in real-time. The idea is that, when faced with their consumption, consumers will be more likely to switch off lights or electrical items that are on standby, or to adopt energy-saving measures. As a result, they will be nudged into cutting their overall consumption – though early figures show cuts are surprisingly low. This is such a bogus claim. Most consumers meters are hidden away and can’t easily be seen.
Over the longer term they will also allow consumers on smart tariffs to take advantage of off-peak deals – cut-price electricity at night, or when there is a plentiful supply because wind turbines are working at full capacity – at which point it is expected that everyone would run their washing machine. They will also allow next-day switching from 2018, but only if you have a compatible meter that “talks” to the database.
The power firms love smart meters because, in theory at least, they do away with meter readers. They should also lead to fewer billing complaints – a huge problem for suppliers – which tend to be caused by human error. But in common with other big tech projects, all has not quite gone to plan. Some early adopters may have to have them replaced. Some of those with an industry standard “SMETS 1” meter – those currently being installed – have been left bemused after switching provider, only to be told by their new supplier that it can’t access data. As a result, they have to provide a manual reading as before. When we switched to Scottish Power from OVO, who had installed a Smart Meter, Scottish Power had no idea how to read it. They spent a year saying that they would be installing Smart Meters any day now and that they would be able to work with the OVO meter. A totally bogus claim as they never worked out how to read it. We have since gone back to OVO. 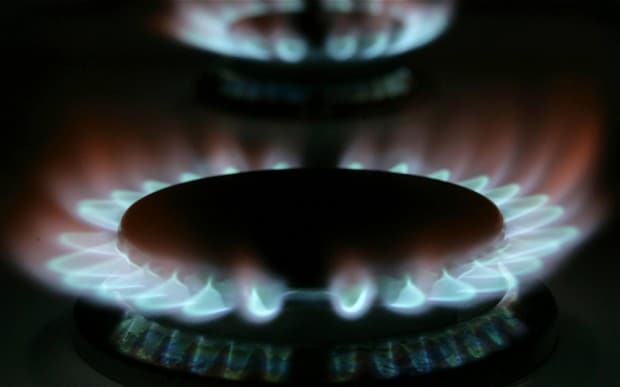 There are countless similar stories:
One Ovo customer recently told Guardian Money that his smart meter was no longer recognised even though he had only switched to another Ovo tariff. Other energy customers have found that their meter could not supply readings because the mobile signal in their area was not up to the job.
Tim Maiden, a partner at sustainability and climate change consultancy CAG Consultants, said he thought he was “doing the right thing” by getting his smart meter early. In a blog he wrote: “Little did I know that early adopters like me were actually receiving smart meters with far more limited functionality than those prepared to wait … mine worked fine until I tried to switch to a cheaper tariff.

“Smart meters are supposed to make switching a doddle but, at least for now, SMETS 1 meters can only operate between a limited number of suppliers (not something I was told when I accepted the offer of a smart meter). So my smart meter has now reverted to being a dumb meter, except it’s harder to read than my old dumb meter!”

To allow the system to work, and to ultimately allow people to move supplier and retain their meter’s smart functionality, the government has contracted Capita to provide the behind-the-scenes infrastructure. The project, run by its subsidiary the Data Communications Company (DCC), was due to go live last month but has been delayed to allow “further testing”.
Once it is up and running, possibly before Christmas (although Capita declined to give a date), the energy suppliers are expected to start fitting second generation SMETS 2 meters, which will talk to the 40 or so energy providers that have signed up to the scheme.
At this point, it is hoped, consumers who have so far held off can go ahead and get a meter, knowing it should work seamlessly if they switch supplier.
No one involved in the project could confirm when those who had a SMETS 1 meter will be able to switch to any supplier and retain their meter’s smart functionality. It looks as though it could take years rather than months, and in many regions will not be possible until 2020.
Dr Tania Mathias MP, interim chair of the science and technology select committee, says: “The government has known for years that early smart meters can lose their smartness if the customer switches. Ministers merely have an ‘ambition’ to fix this by 2020, but taxpayers will be unimpressed with this situation, and timely action is needed.”
Interestingly, her inquiry report found that most studies into the effects of having a smart meter showed that households reduced their energy consumption by just 2%-3% – worth around £33 a year for a typical customer at current prices. That will only fuel critics of the expensive project.

Peter Earl, head of energy at website comparethemarket, said there remains a lot of mistrust around the meters, particularly as the millions of households with SMETS 1 meters are set to be “left in switching limbo”.
Smart meters have been getting a bad name for a long time: The BBC reported back in May 2013 that MP were told Smart meters were a “waste of money”.
There is a web site dedicated to stopping the Smart Meter deployment. With a great quote An £11bn project to install more than 50 million smart electricity and gas meters in homes is a “ghastly mess” that will not work, according to a leading figure in the energy sector.
The Telegraph reported last year  Smart Memers will cost £11bn – but you’ll be lucky if yours saves you £30. More than 50 million smart meters are due to be installed, but new figures suggest that the benefits to consumers are minimal. The Department of Energy and Climate Change (DECC) puts the cost per household of installing smart meters at £214.50. This gets passed indirectly on to consumers, along with other network costs.
Whether all this will eventually mean it’s been £11bn well spent, however, remains to be seen. It does seem highly unlikely that it will ever be call a good investment.