The Volkswagen Group has invested approximately $100 million in California battery QuantumScape, a Standford University spin out, following six years of collaboration with the firm. VW also announced that it aims to have a production facility for solid-state batteries by 2025. 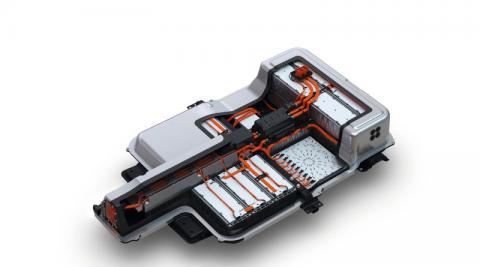 QuantumScape CEO Jagdeep Singh said, “Volkswagen is the world’s largest automotive manufacturer and leads the industry in its commitment to electrification of its fleet. We think the higher range, faster charge times and inherent safety of QuantumScape’s solid-state technology will be a key enabler for the next generation of electrified powertrains.”

The VW Group’s Head of Research, Axel Heinrich, said, “The solid-state battery will mark a turning point for e-mobility. By increasing our stake in QuantumScape and forming the joint venture we strengthen and deepen our strategic cooperation with an innovative partner and secure access to the promising QuantumScape battery technology for Volkswagen.

The industry abounds with talk of Solid State battery packs. BMW have a stake in Solid Power, a spin out from University of Colorado and plenty of others auto manufactures are investigating solid state power.

What are Solid State Batteries?

As the name suggests a Solid-state battery is a battery technology that uses both solid electrodes and solid electrolytes, instead of the liquid or polymer electrolytes found in Lithium-ion or Lithium polymer batteries. This in turn gives rise to benefits that may include:

Higher energy density, because of their tolerance to higher temperatures, avoiding the use of materials in current batteries that may be dangerous or toxic.

Safer, since most liquid electrolytes are considered to be flammable, solid state batteries are believed to be safer. As fewer safety systems are needed, a more compact battery is possible, improving energy and power densities.

Until now Solid State batteries have been extremely expensive to produce.  In 2012 it was estimated that, based on then-current technology, a 20Ah solid-state battery cell would cost US$ 100,000, and a basic EV would require 800 to 1,000 of such cells.

Telegraph comment from Christopher Booker on Rudd and her suicidal energy...